Xenoblade Chronicles 3 difficulty guide: differences and which one to choose?

Posted on September 26, 2022 by Nicolas in Guides, Switch 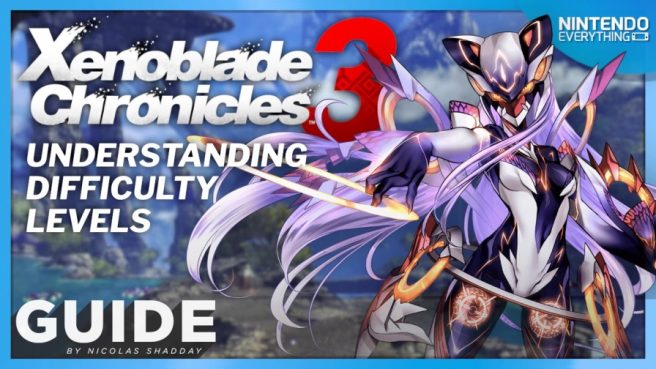 Nintendo Everything has created a new difficulty guide for Xenoblade Chronicles 3, which covers the differences between the options and more.

The game can be quite difficult to get into; the experience can be overwhelming, with the battle system being a particularly hectic element that new players have to contend with. However, Monolith Soft has implemented several different difficulty options in the game to combat this, whether you just want to cruise through the story or you want to challenge yourself to some more grueling fights – though sadly, the game doesn’t really detail what the differences between these Easy/Normal/Hard difficulties are beyond a basic “makes the game easier/more balanced/harder” text box. Hopefully this guide can clear that up for you, providing some actual numbers as well as some advice for picking between these three difficulty modes.

First and foremost, how to actually change difficulties: this is pretty intuitive, as all you need to do is open your menu, head to Settings, then Options, and under the “Game” category you should see a “Difficulty” setting you can toggle between Normal, Easy and Hard. You can change difficulty at any time with no penalty, and the only thing that tracks your difficulty mode in-game is Unique Monster tombstones, so feel free to change difficulty whenever you want! 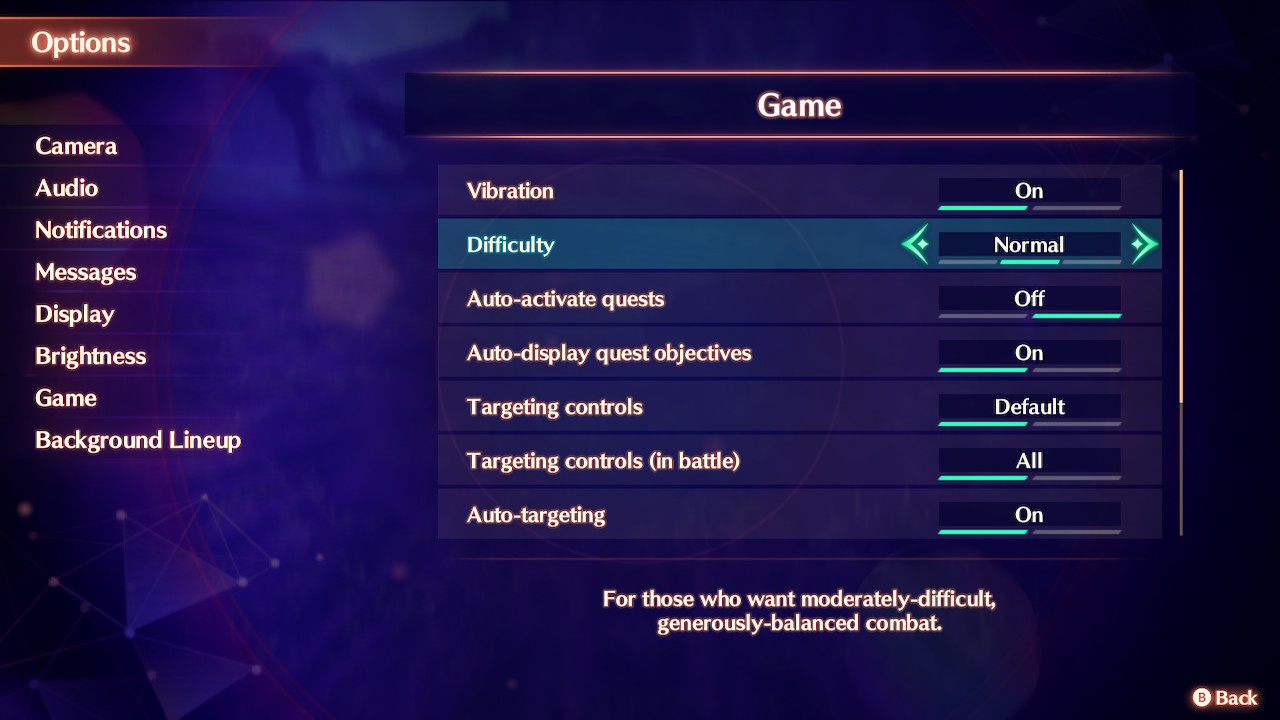 First of all, Easy mode. The main noticeable differences here are going to be health and damage, as enemies will have 50% HP and deal 25% less damage compared to Normal mode, on top of their Arts only charging 75% as fast (meaning they’ll attack less frequently) and having 50% Debuff resistance, so you’ll be able to inflict status changes (such as Attack Down, Sleep, Bleed) more easily.

The final Easy mode change is that the Chain Attack gauge will fill 50% faster, meaning you’ll be able to unleash Chain Attacks more frequently. A neat consequence of this is that the Signifer Class Hero’s Chain Order, which usually only provides one extra round of Chain Attacks in Normal/Hard can provide a whopping two extra rounds!

For those players with the gall out there, Hard mode is here for you! There are quite a few changes here compared to Normal mode; enemies will have 50% more health, 25% more attack, be 50% more resistant to Debuffs, and Combos (Break-Topple-Daze/Launch attacks) will only last 75% of their normal duration.

On the player’s side, Arts and effects will heal you 25% less, your Talent Arts and Interlink level will charge 25% slower, and your Heat Gauge will fill 25% faster; so basically, you won’t be able to use Talent Arts as frequently, Ouroboros forms will be harder to strengthen and won’t last as long.

Likely as a consequence of how powerful they are in normal gameplay, Chain Attacks receive a handful of nerfs; the Chain Attack gauge charges 25% slower than Normal, your Chain Attack damage multiplier starts at 125% normally/200% for Interlink level 3 (as opposed to 150% normally/300% for Interlink level 3 on Easy/Normal) and you’ll only gain half of the damage multiplier at the end of each round that you would in Easy/Normal mode. All around, this makes Chain Attacks a far less reliable strategy in Hard mode than in the other two difficulties.

Digging more into the Xenoblade Chronicles 3 difficulty differences, for your convenience, here is a table summarizing all the changes between the three difficulties, with Normal being the baseline: 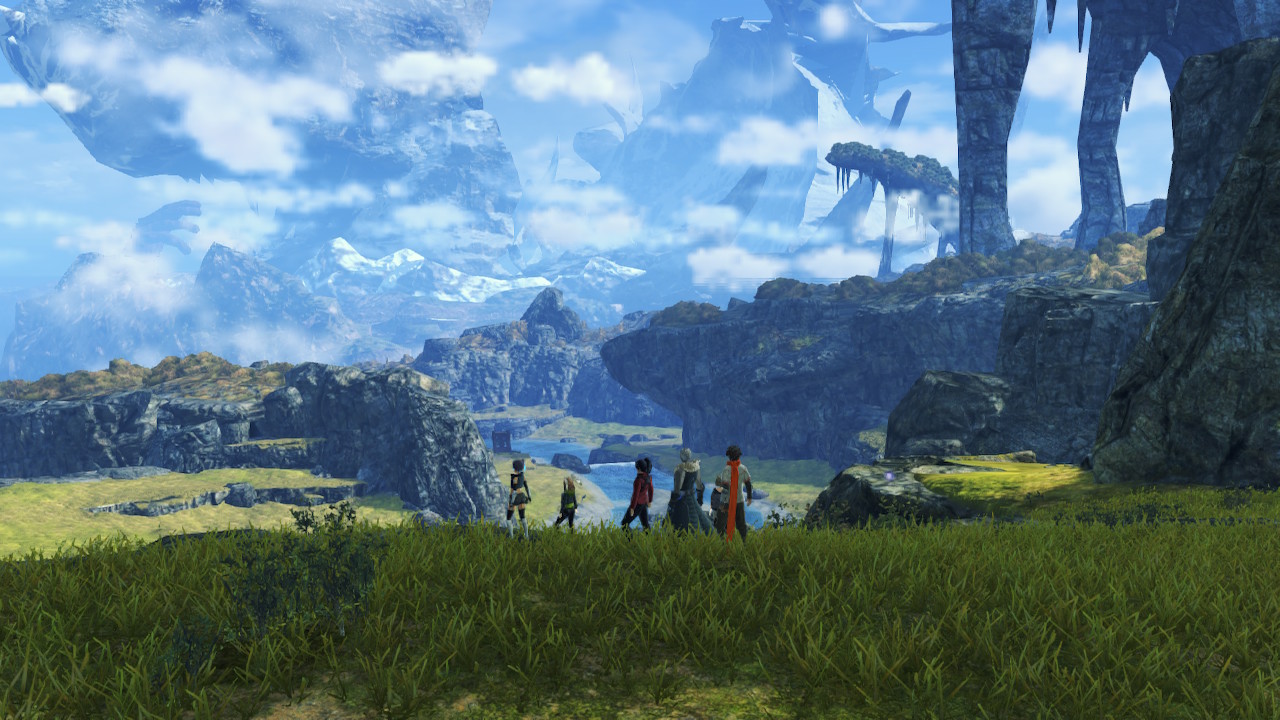 In terms of what you might select for your playthrough, Normal should be the default choice; it’s the most balanced, providing the best middle-ground in terms of challenge/fun of the three, as is to be expected, and the ability to change difficulties at any time means you can always start a playthrough on Normal and then adjust as needed.

Easy does certainly help if you just need to get past certain battles or want to have a more casual playthrough, focusing more on story and/or exploration. You might still have some challenges in the form of certain story bosses, but it’d certainly be a cozier ride. If you do want to make your playthrough easier, it’s worth mentioning some of the other systems you can use. In terms of gaining more experience and class points, make sure to use cooking, take advantage of Overkills (a mechanic in Chain Attack that grants extra experience and class points), and cash in Bonus EXP that you earn from sidequests and exploration. You can also toggle Auto-Battles on and off at any point during battles (except with story/sidequest bosses and Unique Monsters), which can relieve some of the stress of battling. The final noteworthy thing to mention about Easy is that, since there are no differences in rewards between difficulties in Xenoblade Chronicles 3, it’s perfectly viable to switch to Easy mode in order to farm items or experience more easily before then switching back to Normal/Hard when you want to continue your adventure.

Hard mode is a bit of an interesting beast; it’s certainly more challenging than the previous two difficulties, especially in the early game where you have limited tools, and requires more optimization and micro-managing to be successful. However, it is not nearly as difficult as Xenoblade Chronicles 2’s Bringer of Chaos difficulty for example, and becomes more manageable once you’ve reached the middle of the game and gain access to more mechanics, Classes and Accessories, opening up your options in battle. While the game might still provide a solid challenge and require more careful preparation for stronger bosses and Unique Monsters, it won’t be an insurmountable challenge by any means.

That being said, it’s possible the game will receive difficulty updates in the future. Xenoblade Chronicles 2 received its hard mode equivalent and fully customizable difficulty settings some time after launch, so it’s not unfeasible that Xenoblade Chronicles 3 would receive something similar in the future (in fact, certain bits of data even support this happening). If it does, this guide will be updated with that new information.

The number values in this guide were found by an initial datamine (thank you to Twitter user XC_Enel for bringing attention to it) and subsequently confirmed by in-game testing, so they should be accurate. If you want to know more about Xenoblade Chronicles 3, feel free to check out our review of the game here.