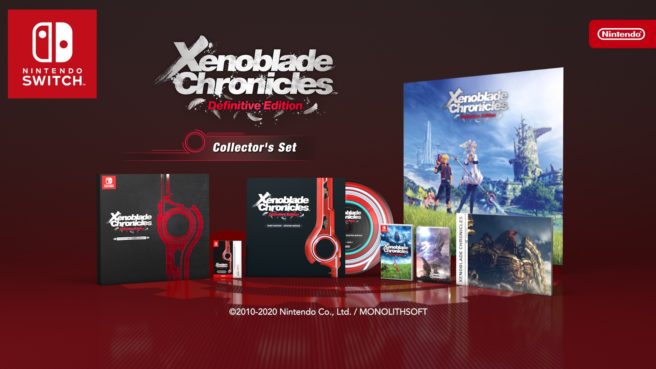 Update (4/8): This is now up on Amazon Italy here, though it also doesn’t ship to the United States. Still in stock on Amazon UK and Amazon France.

Original (4/7): The Xenoblade Chronicles: Definitive Edition – Collector’s Set is now available to pre-order from Amazon in a pair of European regions. You can nab it on Amazon UK here as well as Amazon France here.

Note that importing is unfortunately not an option. You may want to use a service such as Forward2Me as a workaround if you live in the United States.

Xenoblade Chronicles: Definitive Edition launches May 29. The Collector’s Set includes the game, 250-page art book, a steelbook, vinyl featuring the Monado printed on the sleeve, and a poster.