Posted on March 1, 2021 by Brian(@NE_Brian) in General Nintendo, News, Random 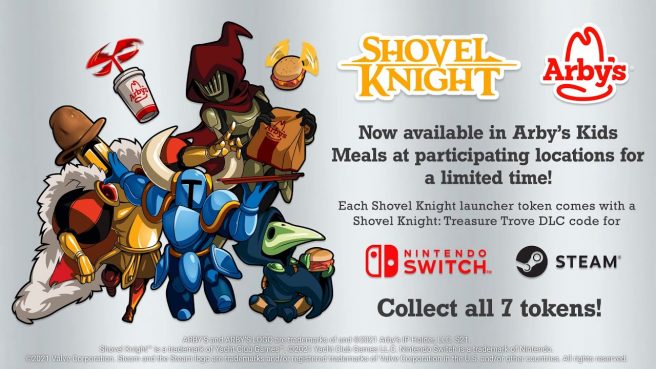 Yacht Club Games has teamed up with Arby’s for a special promotion. In Kids Meals at participating locations, Shovel Knight launcher tokens are available. Each token contains a Shovel Knight: Treasure Trove DLC code for Switch as well as Steam.

Here’s a video promoting the news:

There are a total of seven tokens to collect. You can see the full set below. 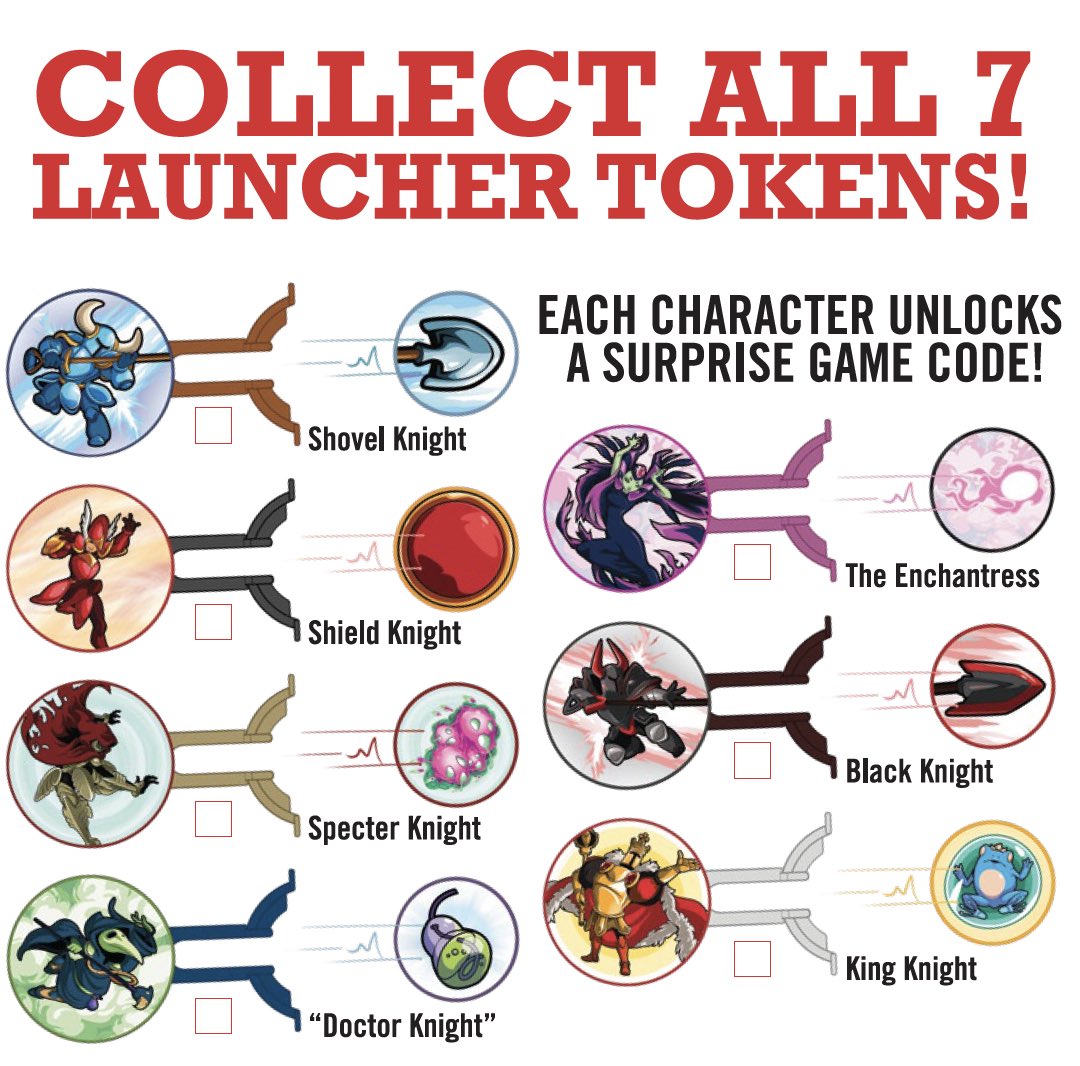