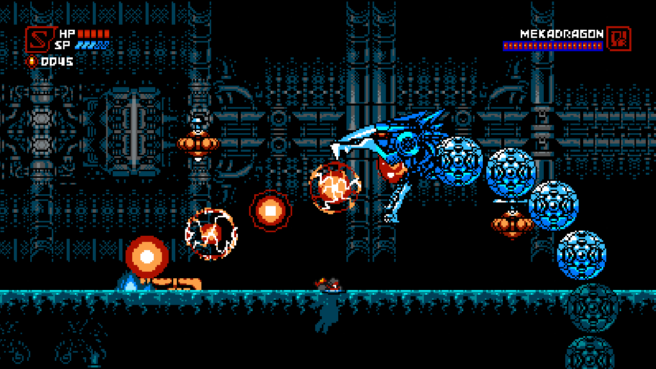 Yacht Club Games announced a brand new title last week. In partnership with Mechanical Head Studios, the ninja game Cyber Shadow is bound for Switch. Rather than working on the game directly as it did with Shovel Knight though, Yacht Club has more of a role as a publisher.

In an announcement this week, Yacht Club said it reached out to Cyber Shadow’s creator a couple of years ago. The company was apparently “the only team” considered to help bring the project to fruition. Yacht Club also won’t be a traditional publisher since the company is “deeply involved in giving design feedback – imparting some of the lessons learned from the Shovel Knight saga along the way.”

Here’s what Yacht Club Games had to say about picking up Cyber Shadow for publishing:

Yacht Club Games reached out to Aarne two years ago about getting involved with Cyber Shadow. Aarne had been developing the game on his own for years with no intention of working with a publisher – but Yacht Club Games was the only team he’d ever consider to help him hone his creation. Aarne described Cyber Shadow to the Shovel Knight creators as an “NES-style game that had the level design principles of Mario, the skills and action of Ninja Gaiden, the enemy designs of Contra, and the dark visual aesthetic of Batman.” What the team played was a brilliantly elevated take on classic ninja action. After 6 years and 5 Shovel Knight games, Yacht Club Games had become associated with authentic 8-bit fun – and the company was confident it could rely on its past experiences and expertise to take Cyber Shadow to the next level. To both studios, Shovel Knight and Cyber Shadow offer players the trials of NES games … without any of the tribulations!

Yacht Club Games is handling the marketing, porting, business, and typical roles of a publisher so that Aarne can focus on the core game development. In addition, Yacht Club Games is deeply involved in giving design feedback – imparting some of the lessons learned from the Shovel Knight saga along the way.