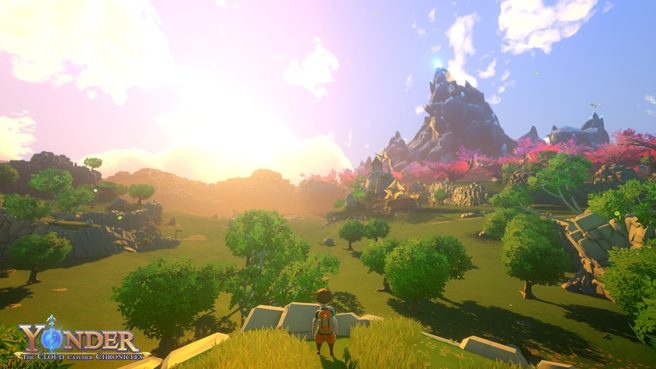 Yonder: The Cloud Catcher Chronicles is coming to Switch, according to a listing on Amazon Germany. The retailer lists a tentative May 31 release date, so this could be a late Q1/Q2 release.

Judging by the boxart, Merge Games is helping to bring the game physically to Switch. Headup Games may also be involved.

Yonder: The Cloud Catcher is an open world adventure game with a variety of locations to explore. The ultimate goal is to become the champion of Gemea and save it from an evil murk, which can be done by contributing to the island and taking on tasks such as farming, crafting, cooking, fishing and brewing, and forming relationships with townspeople.

We have more information about Yonder: The Cloud Catcher Chronicles below as well as a trailer. 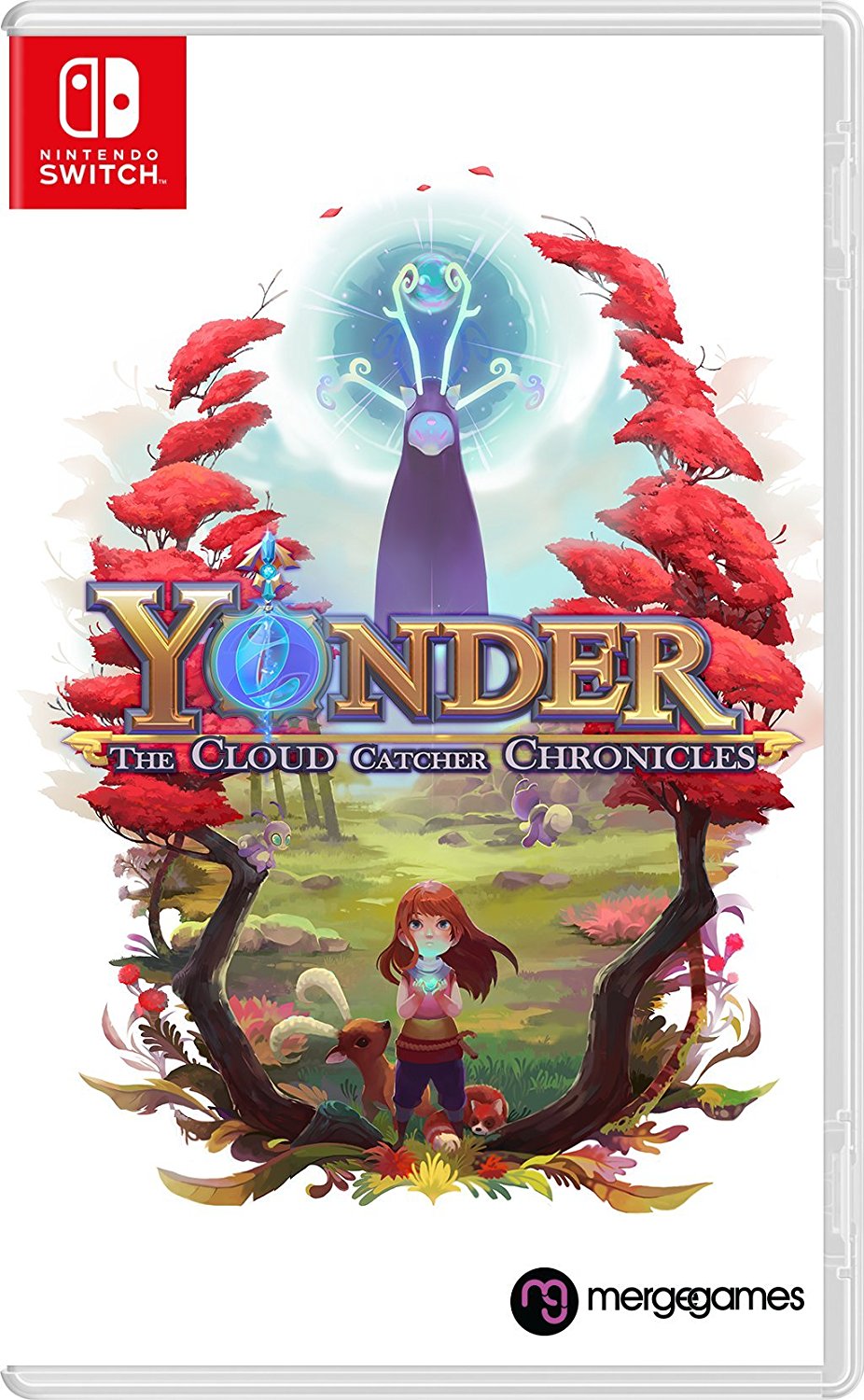 Yonder is set on the vast island of Gemea, a lush frontier with eight distinct environments ranging from tropical beaches to snow-capped summits. Each location has its own flora and fauna, along with changing seasons and a day-night cycle. Gemea, once a paradise, still maintains the appearance of one, yet an evil murk has enshrouded the land and its people in despair.

As the hero you will explore Gemea, uncovering the island’s secrets and the mysteries within yourself as you embark on a journey of self-discovery. On a quest to become the island’s champion, you join forces with Sprites, creatures who are the only thing capable of dispersing the murk, to save Gemea and its people.

The towns of Gemea are filled with kind-hearted residents who have faced many difficulties since the murk arrived. By contributing to the island through farming, crafting, cooking, fishing and brewing, relationships can be built with the locals, who offer everything from resources to a new farm as rewards.

At the heart of Yonder, is a game that delivers a sense of discovery, wrapped in a familiar yet unique adventure.

Features:
– A vibrant open world full of things to discover and places to explore.
– Set your own pace; trail-blaze across the world or settle down for a spot of quiet fishing and farming.
– Extensive character customization.
– Master professions like carpenter, chef, tailor and more to help the residents of Gemea.
– Craft and trade items to solve puzzles as you banish the murk from the island.
– Befriend and adopt endearing creatures.
– Build and harvest multiple farms across 8 diverse biomes, ranging from grasslands through dense forest, Caribbean tropics and more.
– Set in a welcoming world you’ll want to visit again and again
– Multiple creative routes to achieve objectives.
– A dynamic living world – seasonal changes affect routes, animals migrate, day/night and evolving weather conditions affect the world.
– Spend time doing what you want: fishing, farming, crafting, questing, picking up rocks. It’s all up to you!

Yonder: The Cloud Catcher Chronicles can be pre-ordered on Amazon Germany here.