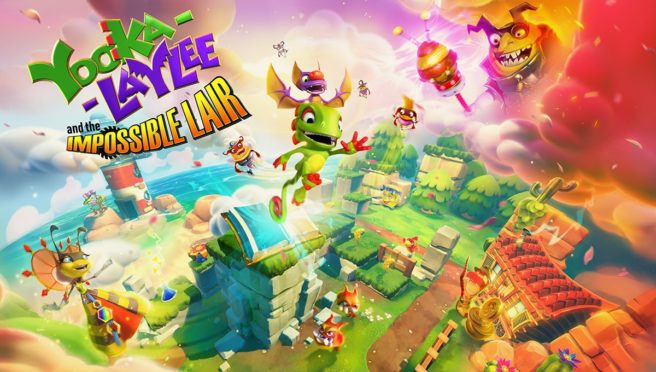 Playtonic has outlined an update coming soon to Yooka-Laylee and the Impossible Lair. It’s expected to arrive on January 30 – the same day that a demo will be made available and save data can be transferred to the full release.

General:
• Fixed V-sync issue which changed the behaviour of some physical objects.
• Removed jitter from some 2D objects in 2D levels
• Multiple localisation fixes
• SFX for Quack Bomb explosion & Gun Senior death explosion no longer disregards volume settings from the Pause Menu. BOOM.
• Fixed an issue causing some players to not get achievements when reaching the required criteria.
• Yooka-Laylee will no longer be offset when entering through a door If the player holds left/right on the control stick when loading in.
• Fixed an issue which prevented Steve Mayles from growing an additional 0.00001cm
• Fixed an issue which caused some TWIT coins to not show as collected when dying after passing a Checkmate.

Pumping Plant:
• Pumping Plant state 2 – It’s no longer possible to enter the swim state whilst on land in state two

Urban Uprise:
• Urban Uprise state 2 – Tonics – The spawn point for one of the additional Checkmates in state two is no longer outside of the intended play area