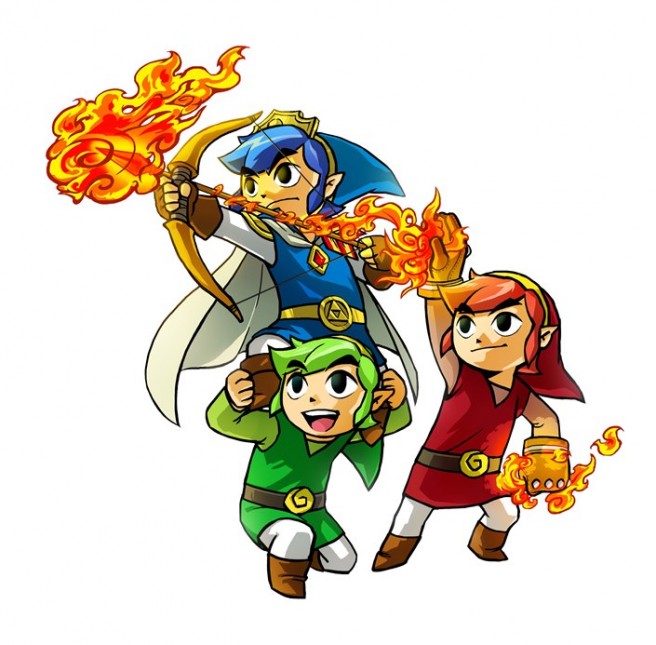 The inclusion of online multiplayer in The Legend of Zelda: Tri Force Heroes can be at least partially attributed to feedback Nintendo received from Four Swords Anniversary Edition. In an interview with 4Gamer, Zelda producer Eiji Aonuma mentioned that the team learned via surveys on Club Nintendo that players wondered about the lack of Internet functionality within the DSiWare title. With Tri Force Heroes, the team wanted to make sure that online support would be integrated.