Update: I’ll just leave this here. Those of you in Europe can now access the Zelda: Tri Force Heroes demo and play online with friends until January 10. 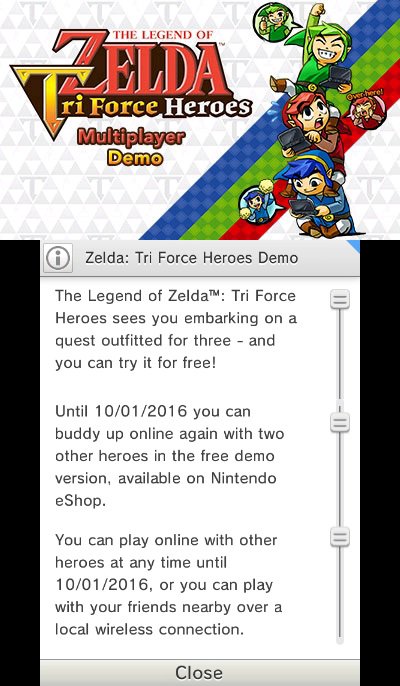 The Legend of Zelda: Tri Force Heroes has been updated. Version 2.0.0, which adds new stages, outfits, and more, can be downloaded as of this moment.

You can watch a live stream of the update below. Full patch notes are after the break.

– 2 new outfits will be added.
These will be unlocked after clearing certain requirements in the game.

– A new method for obtaining Friendly Tokens will be added.
Friendly Tokens can be obtained from the street vendor after Princess Styla’s curse has been lifted.

– Adjustments will also be made to make for a more pleasant gaming experience.