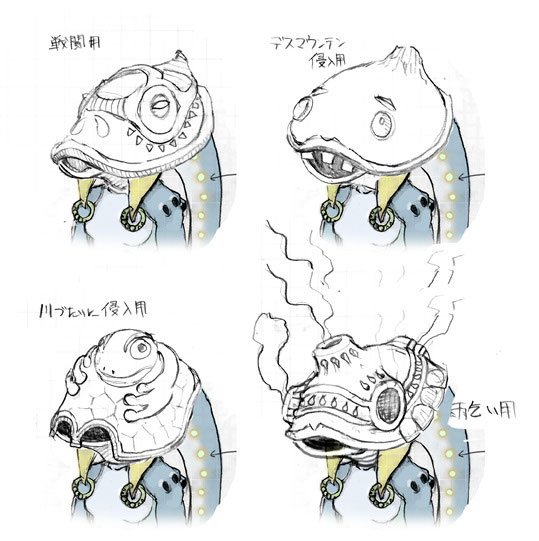 Another new Twilight Princess HD tweet has been posted on the series’ Japanese Twitter page. Today, “Malo” talks about the Zora tribe and shows off some art.

“…It’s Malo. This is the battle mask worn by the Zora tribe… but there are more variations than I thought. Were they in bad terms against the Goron tribe in the past…? Many of them were used specifically for raids, but on the contrary I think they look more conspicuous…”