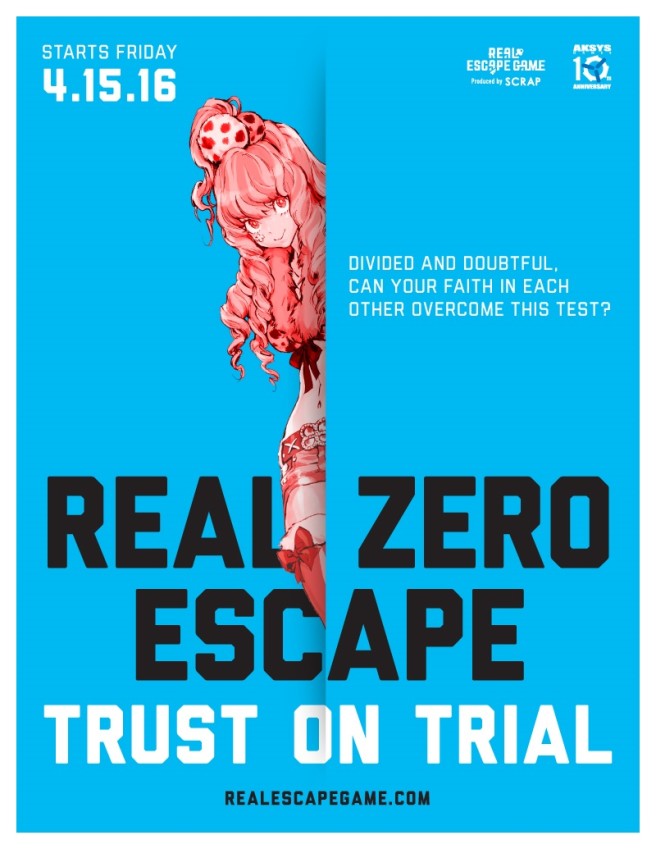 Aksys Games, SCRAP Entertainment, and Spike Chunsoft have announced an escape room based on the Zero Escape series. This will open on April 15 at Weller Court in Los Angeles.

“Real Zero Escape: Trust on Trial” will offer “an all new custom scenario centered in the Zero Escape universe and puts players inside a locked room with a mere 60 minutes to escape”.