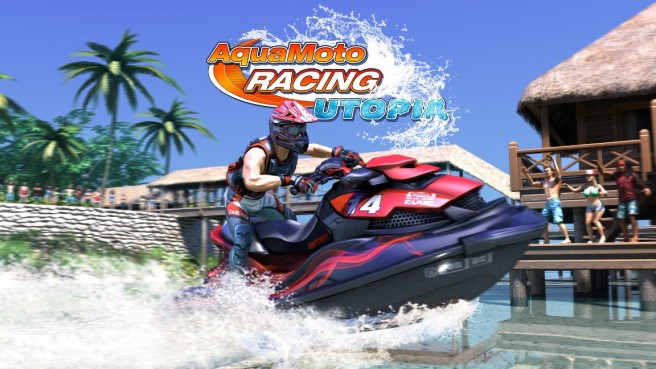 Aqua Moto Racing Utopia will bring wave after wave of enjoyment and action. Do that perfect trick, stick the landing and make that tight turn in one flowing motion. Nothing is like the feeling of full speed in a narrow canal where danger and excitement walks hand in hand towards a best time score! Compete against friends and foes in exciting local and Internet multi-play.

“We aim to bring that easy going and flowing control scheme from Aqua Moto Racing 3D for the Nintendo 3DS to a larger stage on the Nintendo Wii U. We feel that this game deserves the best possible tech and in the Wii U we get the chance to excel. A budget several times larger than earlier games in the series has amongst other things enabled us to work on some new and revolutionizing water tech to really w(h)et your appetite for the game!” – Matti Larsson, CEO Zordix AB

Aqua Moto Racing Utopia is in production as we speak at the Zordix dungeons and the release TBA.