Attack on Titan: Escape from Certain Death announced for 3DS 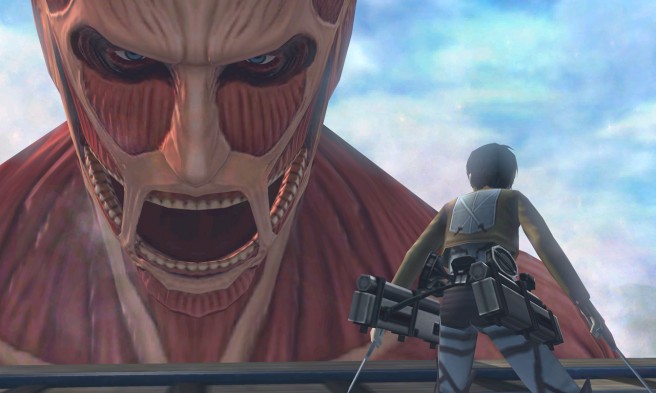 Attack on Titan: Escape from Certain Death is in development for 3DS, according to the latest issue of Famitsu.

Koei Tecmo’s Ruby Party, who makes the Neo Romance series, is working on the project. The TV anime’s visual staff are also involved.

– Original story set in a certain old castle
– The protagonist is an original character who belongs to the Survey Corps
– In a desperate situation after losing their equipment and wandering an old castle, players must plot to escape alongside familiar characters
– Choose the protagonist’s gender
– If you select a male, Mikasa will be your partne
– If you select a female, Levi will be your partner
– As the story progresses, you’ll be able to take action with various characters
– Takes place place before the encounter with the Female Titan

Development is 30 percent complete. The game does not currently have a release window.