FAST RMX update out next week 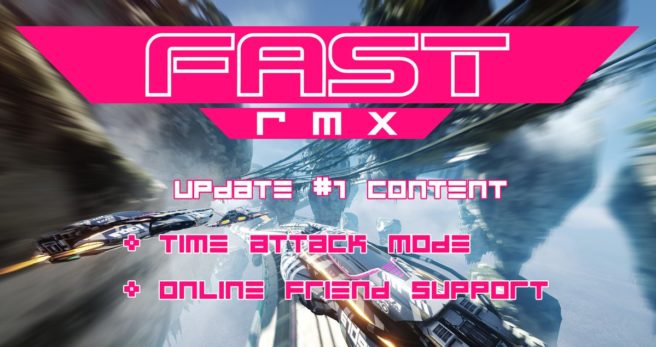 FAST RMX’s first update will be out next week, developer Shin’en has announced. The patch will arrive next Wednesday – April 19.

The update primarily consists of two features. A time attack mode will be added, along with the ability to easily connect with friends online.

Shin’en tweeted out the update release date news just a couple of minutes ago: