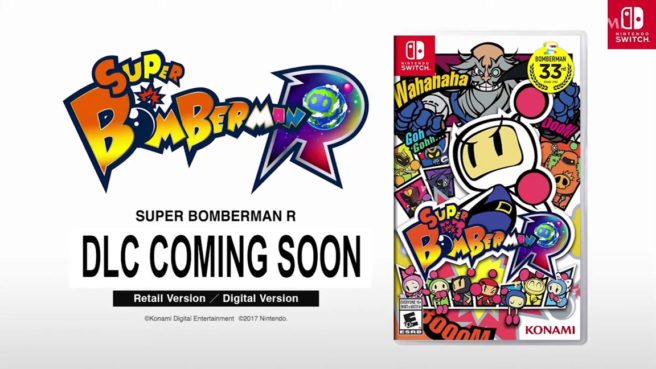 Downloadable content is on the way to Super Bomberman R. Better yet, what Konami has in store will be free.

Konami gave a first tease of the Super Bomberman R DLC during a Game Theory live stream earlier tonight. It should encompass new stages and characters at the very least.

The following teaser was shown:

Konami didn’t provide a timetable for the DLC nor specifics about its contents. An official announcement should be made within the next few days.

Thanks to Antonino for the tip.