Posted on January 24, 2017 by Brian(@NE_Brian) in General Nintendo, News, Switch 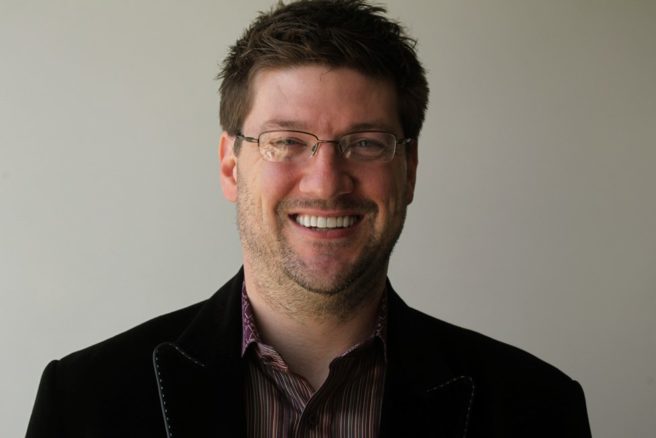 Over on Glixel, there’s a pretty massive interview with Gearbox Software president and CEO Randy Pitchford. One portion of the discussion went over Pitchford’s recent comments about Switch.

Pitchford said last week that he doesn’t see Borderlands 3 happening on Switch. Communications with Nintendo had been taking place, but stopped for unknown reasons.

Now Pitchford has elaborated on that and much more in Glixel’s interview. He had plenty of praise for Switch, and did also say that “there might be some scenarios where if the Switch becomes a place where there’s a huge number of customers, and it doesn’t compromise the experience that we’re making – there could be a scenario where us or Take-Two and 2K decide to take the effort to make it happen.”

Read up on Pitchford’s full comments below.

You’ve been in the news this past week about your Nintendo Switch comments on Twitter. What happened with you and Nintendo? Because it sounds like there was some initial enthusiasm on your part.

I love Nintendo and I think the Switch is awesome. I can’t wait. I’ve been a Nintendo fan my entire life, and literally the first game my wife and I played together when we were teenagers was on the NES. One of the things I’ve struggled with with Nintendo is I’ve always loved their portable experience, but I’ve always hated that the best Nintendo has to offer goes on their console. From the moment I had a Game Boy up through the most recent iterations of the DS, I’ve loved having that Nintendo portable with me that I can game with, with a really high quality game experience wherever I go. But I’ve hated that it’s always felt a little compromised compared to the big bets Nintendo would make on their console platform.

Well, now that’s one and the same. The very best that Nintendo has to offer as creators will exist simultaneously in console and portable versions, which I think is amazing and exciting. A bunch of people mentioned to me that I’ve gotten some attention for something. Sometimes, when I go to the bathroom, I’ll get on Twitter and I’ll just kind of look at what people are tweeting at me and I’ll sometimes respond to some of them.

Somebody asked me, “Hey, is there any chance of Borderlands coming to the Switch?” and I said “Probably not.” I don’t remember my exact words, but [I said] we were talking to them, but I think they have other priorities. And it’s not a slight, they’ve got to drive their business. Nintendo tends to be at their best when they’re giving us their best experiences with their properties. I think there might be some scenarios where if the Switch becomes a place where there’s a huge number of customers, and it doesn’t compromise the experience that we’re making – there could be a scenario where us or Take-Two and 2K decide to take the effort to make it happen. But we can’t really think about that right now. And Nintendo, I think wisely, can’t prioritize forcing that to happen. I think they’re better off. What it would take for them to guarantee that we exist on the Switch would be better spent by them doing the things they’re best at. It wasn’t meant as a slight, it’s just the reality of priorities.

Does that mean you felt like you weren’t able to get an arrangement that was mutually beneficial between both of you? Is that why the talks kind of petered out?

Some of that depends on what game you’re talking about. If you’re talking about the big franchises we have that Take-Two has been publishing for us, a lot of that business-level stuff is out of my hands. When we commit to Take-Two to be a publisher, it becomes their mission to figure out what arrangements are made with various partners for how it reaches the world.

Nintendo, in my opinion… they’re more awesome toward third parties than I’ve ever experienced them, so I’m afraid anything I say here’s going to sound like a slight. But it’s still not enough of an engagement to force things to happen, that wouldn’t happen just naturally. If that makes sense.

It totally makes sense. Ever since the Super Nintendo days, it feels like third parties haven’t been a huge priority for Nintendo. They’re off doing they’re own thing.

And, look it doesn’t matter. There’s probably a handful of people that would really love to have a great Borderlands experience that you can have on a screen about that size, that you can carry around with you. But most of the people that want the kind of big stuff that we’re doing are totally happy to do it on their television with their PlayStations and their Xboxes. And Nintendo’s not going to win by trying to take people away from that. They’re going to win by offering something that those guys can’t offer, which is exactly what they’re doing and should be doing. That’s where they should dedicate their resources. And I think they’re really smart for doing it, and it’s kind of what I want from them as a gamer.

I don’t know if I’d call it a mistake, but sometimes, I’ll let people in on a little point of view, and then somehow everything gets misconstrued as this, like, horrible competition, or this Game of Thrones scenario. It’s like Jesus, man, we’re all just trying to entertain the world and everybody’s just doing the best they can. Everybody tends to get along on the industry level, especially when we have means of collaborating. It bugs me that I can make a random reply to a random guy when, I’m just saying, “No, they have other priorities.” And they should. Anyone who’s smartly looking at it thinks that makes a lot of sense. But as a consequence of folks reading into that, somebody probably distracted some people that are probably pretty busy at Nintendo for a minute to think about this and wonder what I meant by it. We shouldn’t be spending our mindshare on that. That’s what fucking politicians should be doing. Not gamemakers. We should be focused on what matters, which is creating good experiences for people.