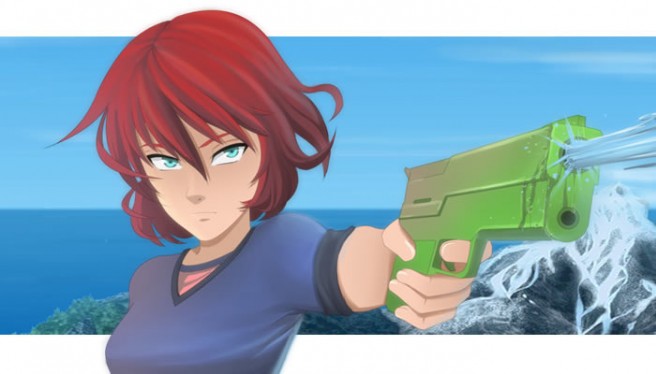 With Leuvision’s Kickstarter for Twisted Fusion launching today, we caught up with creator Lewis Pugh to talk a bit more about the game.

Pugh shared more details about the Wii U eShop-exclusive, including a Kid Icarus-like difficulty system, additional weapons, enemies, and importance of the Kickstarter campaign. He also discussed the possibility of bringing Leuvision’s mobile titles to Wii U and working with the Nintendo Web Framework.

Head past the break for our mini interview!

Leuvsion is comprised of just one member – yourself! Have you encountered any challenges as a completely independent developer?

Although I am the only member of Leuvsion, this is not a project I could complete on my own. Ville Vuorio is handling all the 2D Sprite work, Jonathan Adamich is our Composer and Nouin has been creating the Anime Character Art used to promote so far. The greatest challenge working on your own or as a small group is getting your voice heard, so it’s great to be here!

You’re new to Wii U, but you’ve made a number of mobile titles in the past. How would you compare working with Nintendo’s platform to mobile development?

I’m using Nintendo’s new Nintendo Web Framework, and from that perspective the transition from mobile to console has been surprisingly smooth. Nintendo has a great platform with the Nintendo Web Framework and everything from the physical kit to the software itself has been really fantastic to work with. I really got a great kick the first time I saw Twisted Fusion running on both the TV and Wii U GamePad at the same time.

Speaking of your previous works, have you considered bringing any of your mobile titles to Wii U?

I have a few game I think would work well as cheap eShop games and after Twisted Fusion I will consider bringing them over. The reason why I went with a more complex, new and exclusive game first was their are some initial things that need to be funded which would be easier to absorb into a more impressive project. If Twisted Fusion is successful I wont need to hit Kickstarter to up-port some of my other games to Wii U. 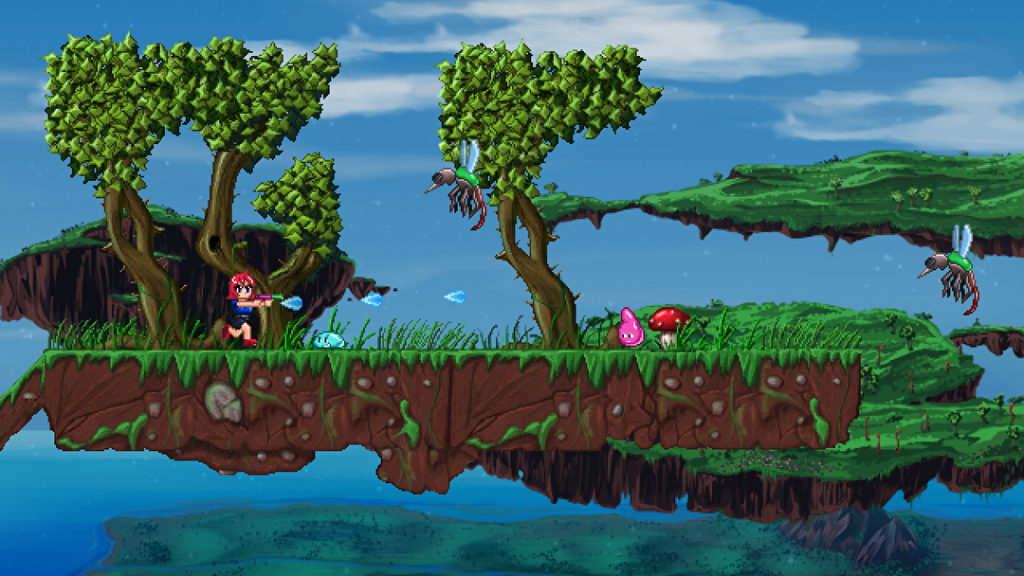 Moving on to Twisted Fusion, how did the idea for the game come about? When did you decide that you’d develop it for Wii U?

I had that ‘eureka’ moment when I was reading the new about the Nintendo Web Framework coming out of GDC 2013, when I saw it was using Web standards HTML5 and javascript I knew Nintendo fell got the Indie developer and I signed up the same day.

Will Cora receive any additional weapons throughout the game, or will she stick with her dual water pistols? Will she receive any upgrades/new abilities?

Cora will start out with the water pistols, but soon enough will end up with other water based weapons. Water Balloons can be thrown in an arch to hit hard to reach enemies. A garden water sprinkler can turn into a deadly sentry once deployed and a powerful water cannon is also available. These will all drain a water meter which will need to be monitored.

Can you speak about some of the different enemies players will encounter? We’ve also heard about some sort of mysterious creature that stands in the way of Cora finding her way home…

The enemies start with Slimes of all different shapes, sizes and event elements. You will even bump into industrial type enemies, and be wary of any mushroom patches, you may find one leaping up and chasing after you! The mysterious creature is rumoured to be a giant dragon that has the villagers gripped in fear.

Twisted Fusion features a day/night cycle and weather system. Are there any other prominent elements in the game gamers should be aware of?

The game also has a difficulty system based off of Kid Icarus Uprising. You will have a difficulty slider on the Wii U GamePad you can change on the fly, if you can handle the heat you will be rewarded with more loot, which in turn may help you ramp up the difficulty even more.

How will you proceed if Twisted Fusion’s Kickstarter funding goal isn’t met? Can fans still expect to see the game in the future? Would you consider relaunching the campaign at a lower target?

If the Kickstarter goal isn’t met, I will likely have to move the project onto mobile and bring back the virtual controls. The Kickstarter money is needed to fund the required gear need to develop the game and the other fees needed to get the game up on the eShop in America and Europe once the game is completed. Please all check the Kickstarter, not only would you be supporting me and the Wii U but we have some very special rewards tiers for pledges, including becoming a NPC in the game!