Lady Layton targeted for release in the west next year 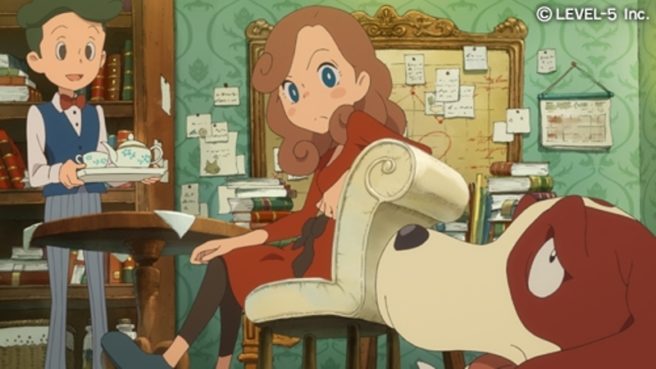 After announcing Lady Layton: The Millionaire Ariadone’s Conspiracy earlier today, Level-5 has now confirmed that the game will be released sometime next year in the west. 3DS, Android, and iOS users in Japan will be able to play it starting in Spring 2017.

“As one of LEVEL-5’s masterpieces, the PROFESSOR LAYTON series of puzzle adventure games has sold more than 15.5 million units worldwide to date. Its newest official sequel, Lady Layton: The Millionaire Ariadone’s Conspiracy — available on Nintendo 3DS/Android/iOS — was announced to be released in Spring 2017 in Japan. Not only will the main character switch from ‘Professor Layton’ (Hershel Layton) to ‘Kat’ (Katrielle Layton), many of its characters will be brand new. The story will focus less on dynamic problem-solving and more on solving multiple mystery cases observed in the everyday lives of Londoners, which will bring a faster tempo and more comical tone to the series. It will be more familiar — and funnier — than ever, while maintaining an adventurous quality. The creators of the puzzles and brain-teasers, the core element of the series, will also be new. Please look forward to the new PROFESSOR LAYTON series, targeting a Western release in 2017.”