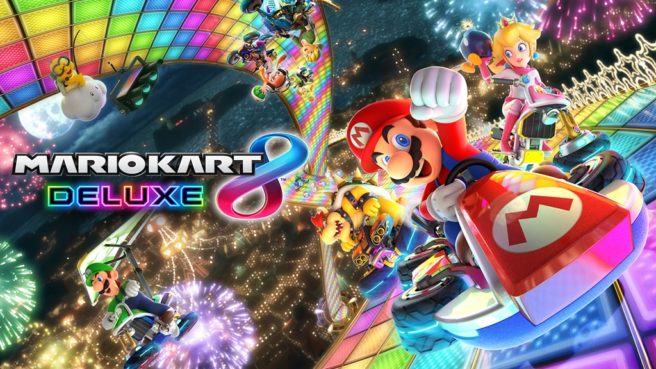 Mario Kart 8 Deluxe is off to a fantastic start in the UK. With the latest UK charts beginning to surface, this marks the first time that a Nintendo boxed game has reached the top spot since 2011. Pokemon White on DS was the last title to accoplish the feat. Additionally, it’s the first Mario game at the top spot since Mario Kart Wii.

GamesIndustry also reports that “Nintendo used the launch of its racer to ship more Switch stock to retailers, which has seen The Legend of Zelda: Breath of the Wild return to the Top Five (at No.5) with a 68% increase in sales week-on-week.” Puyo Puyo Tetris debuted at the 18th spot, “with the majority of sales coming on Nintendo Switch.”

The preliminary charts are as follows: