Posted on September 8, 2014 by Brian(@NE_Brian) in General Nintendo, News 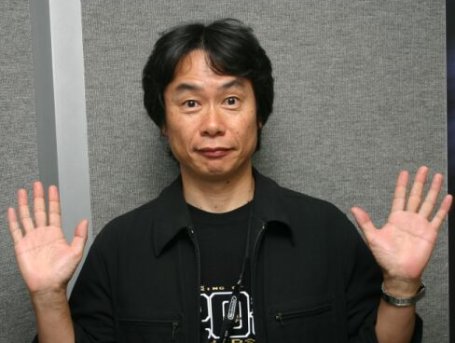 During Nintendo’s most recent shareholders meeting in July, Shigeru Miyamoto made a few comments about the games on display at E3.

“This year, the majority of what the other developers exhibited was bloody shooter software that was mainly set in violent surroundings or, in a different sense, realistic and cool worlds,” Miyamoto said at the time. “Because so many software developers are competing in that category, it seemed like most of the titles at the show were of that kind.”

In this month’s issue of EDGE, Miyamoto was asked to follow up on his comments. He stated, “I have not been fully satisfied with the inspirations that I have or that other people in the industry have in general.” Miyamoto also mentioned that industry trends are emphasized over “the creator’s individuality and uniqueness”, and that “the industry has a long way to go.”

Check out all of Miyamoto’s comments below – they’re quite interesting to say the least!

Oh, I’ve made quite the grand statement, haven’t I? My comment was based upon the fact that I have not been fully satisfied with the inspirations that I have or that other people in the industry have in general. I feel that industry tends, rather than the creator’s individuality and uniqueness, tend to be prioritized. When the people who manage the development budget take the lead in making a game, creators tend to make games that are already popular in the marketplace. Even when there is opportunity for young developers to make something freely, they tend to make similar proposals. I can’t help but feel that the industry has a long way to go. I hope Nintendo will always be a company that aggressively invests in something new – something born from each creator’s individual characteristics.