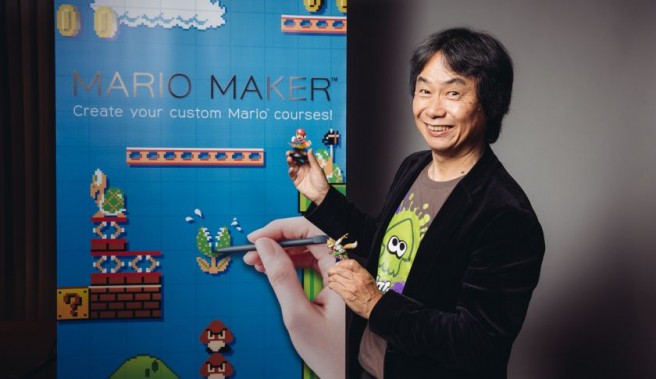 E3 2015 was held a couple of months back, but Fortune just put up a few more quote from Shigeru Miyamoto today. This time around, we’re able to read up on some additional thoughts from Miyamoto when it comes to movies.

Here’s what he shared about the topic:

“We’ve had, over the years, a number of people who have come to us and said ‘Why don’t we make a movie together—or we make a movie and you make a game and we’ll release them at the same time?’ Because games and movies seem like similar mediums, people’s natural expectation is we want to take our games and turn them into movies. … I’ve always felt video games, being an interactive medium, and movies, being a passive medium, mean the two are quite different.”

“As we look more broadly at what is Nintendo’s role as an entertainment company, we’re starting to think more and more about how movies can fit in with that—and we’ll potentially be looking at things like movies in the future.”

This isn’t the first time in recent months that Nintendo has talked about the possibility of pursuing movies. Before his passing, during the company’s 75th Annual General Meeting of Shareholders, Satoru Iwata mentioned that character licensing “may take various forms including, for example, images or even movies or TV programs.”