Miyamoto teases the future of Pikmin

Posted on November 6, 2014 by Brian(@NE_Brian) in General Nintendo, News 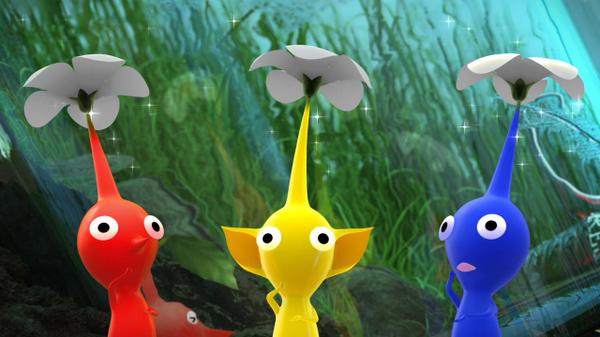 Based on recent comments from Shigeru Miyamoto, it sounds like we can look forward to another Pikmin game in the future.

Last week, Miyamoto mentioned the Pikmin shorts and Pikmin 3 demo, which just released yesterday. He said that these types of campaigns “will lay the groundwork for the next iteration of ‘Pikmin’ in the future.”

If I am allowed to do a little bit of PR here, we released a series of short films called “Pikmin Short Movies” on October 25 at the Tokyo International Film Festival. If you have not seen it yet, I hope you will check out the information on the Internet. The short film is only about 20 minutes, but this is our very first animated movie that uses “Pikmin” as its theme. We’re planning to make this 3D movie available on Nintendo 3DS and make the HD version of the movie available on Wii U in the near future. At the same time, we have also prepared a demo version of “Pikmin 3” so anyone who hasn’t played Pikmin can experience its unique joy. Continually launching campaigns after the release of software will lay the groundwork for the next iteration of “Pikmin” in the future. And needless to say, we want it to be one of the motivations for potential consumers to purchase Wii U. We are making a variety of different efforts.