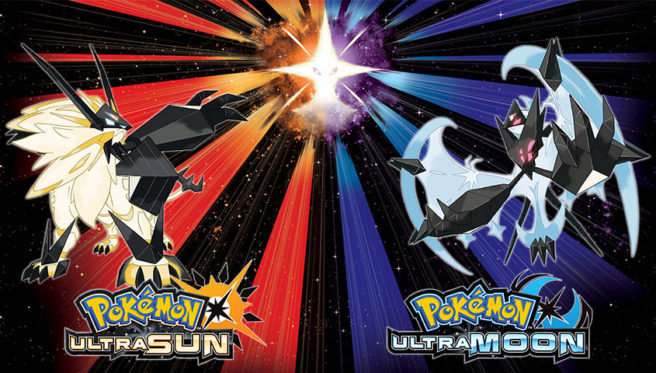 This week’s issue of Famitsu has an interview pertaining to Pokemon Ultra Sun and Pokemon Ultra Moon. Producer Shigeru Ohmori and director Kazumasa Iwao talked about the games during a chat with the magazine.

Among what’s covered is the tease of a postgame episode and the ability to visit a world with Legendary Poekmon. We also hear about other tidbits such as how Ultra Sun and Ultra Moon should about double the current story volume for the Sun & Moon generation.

Continue on below for the full details, courtesy of Siliconera.

Junichi Masuda in in charge of fully supervising the game.

Game Freak was greatly relieved to learn that Z-Moves were well-received by fans.

For Sun & Moon, Game Freak worked on balancing bosses by making them beatable if players use proper strategies or suffer if they go in recklessly.

After completing work on Sun & Moon, the staff felt that there was still more they could do in the Alola region.

The reason they’re releasing Pokémon Ultra Sun and Pokémon Ultra Moon is to offer players some variety before the current image they get stuck with the same image of Alola.

The story isn’t a “sequel.” It’s a “story that has a little divergence” from Sun and Moon.

Characters from the “Ultra Expedition Team” make an appearance, and that’s where the story changes. They appear at the opening of the game, so you’ll be able to start the game with excitement.

On top of a different main story from Sun & Moon, there’s an additional new episode after entering the Hall of Fame. Game Freak teases that those who are looking at it as what Platinum was to Diamond and Pearl, can expect an even more ultra huge change coming.

The Ultra Expedition Team arrived from another world through an Ultra Wormhole. A new element is being prepared that will have the protagonist and company dive into the Ultra Wormhole and visit all kinds of different worlds.

Pokémon will be much easier to collect and train compared to Sun and Moon.

Using the “Ultra Warp Ride” to travel to other worlds, you’ll even get to visit a world with Legendary Pokémon. For example, you can meet and catch Mewtwo. That’s all Game Freak has to say about that for now and they’ll leave it to your imagination whether we’ll get to meet other Legendary Pokémon.

If we put it simply as far as story volume goes, the addition of Ultra Sun and Ultra Moon should about double the current story volume for the Sun & Moon generation.