Niantic delves more into the origins of Pokemon GO 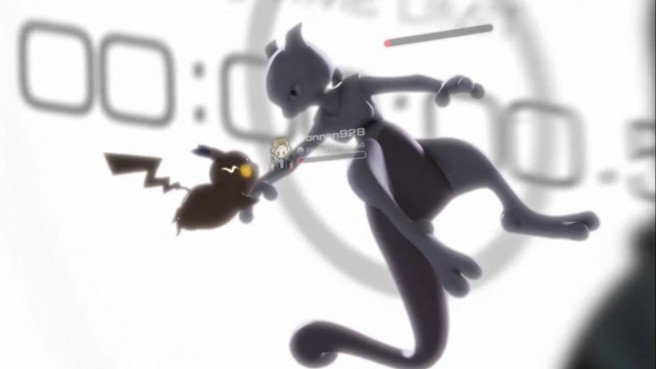 Famitsu: I think with the practical use of location information, Ingress became a game that gives birth to a whole new genre. Like with Ingress, Pokemon GO, which will also practically use position information, has been announced to be developed by Niantic. How did this project come to be realized?

Murai: We’ve touched about it briefly before (when talking about Ingress), but before we went independent, we were a group in charge of [handling] Google Maps in Google. Do you remember that we had a “Pokemon Challenge” for April Fools in 2014?

Famitsu: Yes. It’s when the ability to search for Pokemon appearing in Google Maps, and you could get Pokemon on the map. I see, so that’s where you became acquainted.

Murai: Yes. That Pokemon Challenge was a chance for us to be able to build relations with people at Pokemon, and then (Pokemon) president (Tsunekazu) Ishihara and John (Hanke, CEO of Niantic) were able to meet and talk. At that time both of their thoughts and visions were also very close, and as a union of their spirit, the talk became “Let’s do something together in the future”.

Murai: Yes. It was just released, and barely anybody in Japan knew about Ingress yet at that time. However, president Ishihara already played it, and he talked a lot with John.

Famitsu: So what about the chance meeting for Pokemon Challenge itself? I remember it was a very surprising collaboration between Google and Pokemon.

Murai: In Google, there’s a culture where the staff release ideas for April Fools, then they make their own teams to realize those. But for Pokemon Challenge, it was a staff member named Tatsuo Nojima who pulled out that idea, and he became the center of the development.

Suga: I have some acquaintances by chance, so I became the mediator between Google and The Pokemon Company.

Murai: Right now, Nomura is a product manager at Niantic who is involved in Pokemon GO’s development.

Famitsu: One could say it’s a large-scale sense of fun just for April Fools…

Suga: I think that kind of culture is one of Google’s assets.

Murai: As a result of that Niantic was born, and saying ‘that sense of fun got connected to products like Ingress and Pokemon GO’ wouldn’t be too exaggerated.

Famitsu: What do you think about the game app market from hereafter?

Murai: I think the big reason why we provide a location-based platform is precisely because in-game apps from hereafter, by inserting the essence of location-based, shall generate further fun factor, thus they could go even higher. We at Ingress would like to show that possibility. In about 2-3 years from now, we think game apps that can only be done in smartphones will become the mainstream. By including location features on existing IPs, more people will be able to enjoy it, and thus we should be able to make a mechanism that can expand the market even further.

Suga: Actually, there is also a concept of location in [current conventional] games, isn’t it? In RPGs you walk around maps, but what if that were real-life places… For example when you turn in the corner, you may feel a change in your heartbeat, wondering if a Pokemon may come out. Which means, even in conventional games, adding location features would add new charms to them.

Murai: By inserting the location feature in Pokemon, we wonder what kind of chemical reaction will occur. That’s one of the points we’re excited about with Pokemon GO.

Note: the last question isn’t really related to Pokemon GO, but it may help find out about Niantic’s vision for the future. Basically, Famitsu asked if they would form more partnerships assuming more game companies other than Pokemon also want to make location-based titles. They said of course yes to that. Niantic’s vision in the future is seeing more “real world games”, especially with VR (virtual reality) and AR (augmented reality) technology continuing to see improvements.