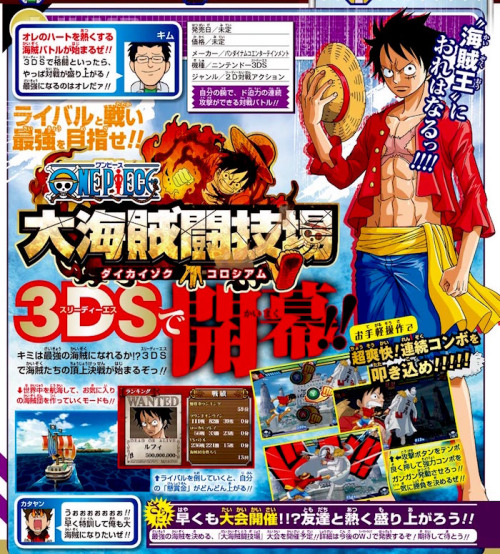 One Piece: Great Pirate Colosseum is in development for 3DS, according to the latest issue of Jump.

Specifics on the game are mostly unknown at the moment. It’s confirmed to be a 2D battle action game, and features a mode where you sail around the world and build a team of your favorite pirates. By defeating rivals, your prize money will steadily increase. Combos and simple controls are also included.

There’s no word yet as to when One Piece: Great Pirate Colosseum will be available.