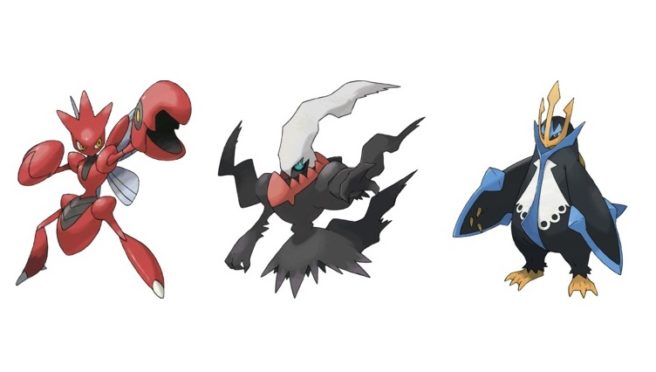 Pokken Tournament received a new update last night, bringing the game up to version 1.3. Some people have since been poking through the files to see if there’s anything interesting hidden away.

Reddit user BananaMuffinFrenzy did manage to come across some potentially interesting things. First, the inclusion of a “evt_sphit_Scizor” file was found. There were also a few other noteworthy files:

These findings have people speculating about Scizor, Empoleon, and Darkrai being added to Pokken Tournament. It remains to be seen what will actually happen in the future, however.