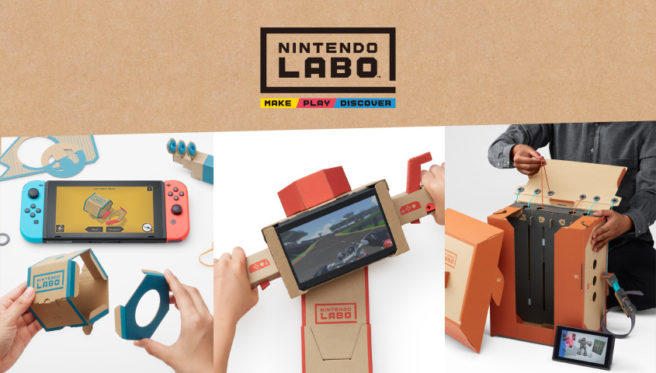 TIME was recently able to speak with Nintendo of America president Reggie Fils-Aime about Nintendo Labo. The first topic discussed is the potential to expand on the idea and the use of the Toy-Cons, of which Reggie had this to share:

“Can [the Toy-Cons] be incorporated into other forms of gameplay? Certainly. But right now we think if we effectively communicate the power of the idea with Nintendo Labo [and] really enable players to make their creations, personalize them, and enjoy the [inherent] gameplay experiences . . . We think that’s going to be a great way to start and then progress down the path.”

Reggie was also asked about the possibility of third-parties getting involved with their own Labo kits. Regarding that, he said, “While there’s nothing to announce today, certainly if we’re successful with Labo, it can create future opportunities.”

Lastly, Reggie passed along the following to The Verge:

“Labo is unlike anything we’ve done before. We see this as helping in our quest to broaden the audience for Nintendo Switch. I do think there is an opportunity for this to go quite broad from an age-perspective.”