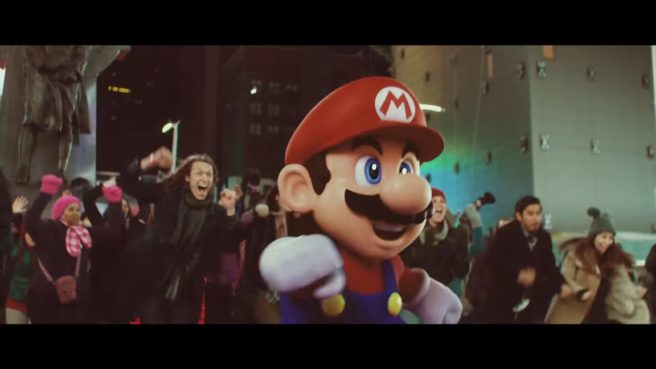 Nintendo has a solid stable of franchises ranging from Mario to Zelda. From time to time though, they’ll introduce something completely new. During the Wii era for example, Nintendo offered up its own take on the shooter genre with Splatoon.

Nintendo of America president Reggie Fils-Aime was interviewed during the TV documentary series
Unlocked: The World of Games, Revealed. As part of that, he was asked how Nintendo decides between using one of its iconic characters or something completely new.

“We think about what’s going to be fun, new gameplay. And as we identify that gameplay, we then think about which IP does it fit best? Maybe it needs to be a new IP. But it’s this constant iteration of, what’s the gameplay innovation, and then how do we bring it to life.”

The interviewer then said that it seems like there has to be a solid fit – otherwise Nintendo won’t force it. Reggie said that is indeed the case. “That’s the Nintendo ways of doing things,” he said. “It’s not right for everybody, but certainly it’s right for us.”

Elsewhere during the interview, Reggie commented on why Nintendo was able to create a character in Mario who has essentially become a legend. He explained:

“Mr. Miyamoto, Mr. Tezuka created this character with a mustache so that you could separate his nose from the rest of the face. A character that was given overalls so that you could tell the difference between his arms and his legs. I mean all of these little things that became iconic to who Mario is today, but again at the heart was a focus on craftsmanship and a focus on making every subsequent Mario game unique and compelling.”