Rime will clock in at 8-10 hours on average, no plans for DLC currently 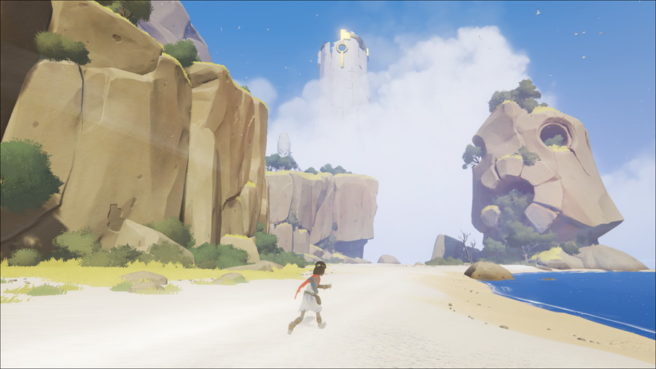 Rime developers Tequila Works recently spoke about their game with Wccftech.com. We’ve picked out some of the more relevant pieces of new information and collected them below.

On the length and replayability of the game:

(Kevin Sardà – Lead Designer) The duration of the game will largely depend on each player’s play style and how he or she would like to immerse into the exploration of the island and unlocking all the secrets it keeps. If if you really want to take your time and collect all the secrets, you might well end up in the 8-10 hours range , but it could take a couple hours fewer or a couple hours more. As for replayability, the story of RiME has a very well defined ending, which everybody will experience when they finish the game, but there is a good chance players might miss several secrets and collectibles in their first playthrough, and those items are not there as mere cosmetic additions or to artificially increase the time you spend in the game, but they offer deeper understanding about the story. We expect a good deal of players will revisit the island in order to get the whole picture!

On whether or not the team has plans for DLC or other post-launch content:

(Raúl Rubio – CEO & Creative Director) We do not have any plans for additional content for RiME at this moment.

(Raúl Rubio – CEO & Creative Director) In fact, in the last couple of years since we released RiME’s second trailer we have focused on returning to the game’s original vision, subtracting all the superfluous elements that weighted down the gameplay. Our objective when we initially conceived the game was to make the character live an exciting adventure through the eyes of an eight year old child, but that also means to embrace his limitations –such a young kid is should not be a warrior, wield a sword or outrun a flying predator! Thus, we dismissed several ideas that actually detracted from what we knew RiME was at heart, like scavenging resources to regain stamina.