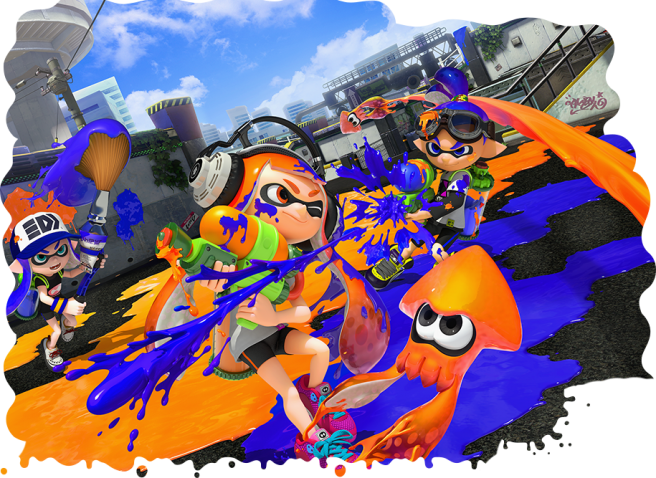 Update: Bumped to the top. Nintendo’s official patch notes have been added in.

A new update for Splatoon is releasing next week, Nintendo has announced. The game will be brought up to version 1.3.0.

Splatoon’s latest update makes improvements and changes to the Splatfest, weapons, and gear. The full breakdown is posted below.

– When there are more members on one team than the other and the match-making process takes too long, members from the same team will be able to battle each other
* Members will still receive Splatfest Points even when they battle against members of the same team
* Note: Only the results from matches against the opposing team will be included in the overall Splatfest results

– Adjustments have been made to allow some players at random to participate as early as 5 minutes prior to the official start time of Splatfest in order to make for a more pleasant gaming experience (Note: All players will be able to participate once the event begins)
*This adjustment was made to lighten the server load at the beginning of the Splatfest

– Inkstrike: The amount of area covered will be more consistent regardless of where it lands
– Kraken: The amount of knockback is increased when taking damage from an opponent while using Kraken

Splatoon version 1.3.0 is coming to Japan on July 1. It’s probable that the patch will be releasing on the evening of June 30 in North America.

Note that in order to battle others online, you’ll need to have this latest version of Splatoon installed.