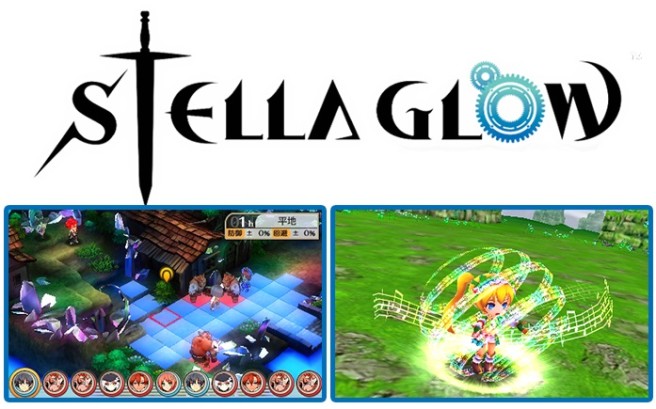 Stella Glow is due out in Europe on March 11, NIS America announced today. 3DS owners will be able to purchase the game either physically or digitally.

In North America, Stella Glow will be arriving in a couple of weeks – November 17 to be exact.

Head past the break for an overview of Stella Glow.

As most reluctant heroes do, Stella Glow’s protagonist, Alto, starts his journey as the best hunter in his small village. One day, he hears a song coming from the forest (which is odd, since song has been absent on the planet for thousands of years), where he discovers the mysterious Hilda. But after the chance encounter, Hilda reveals she’s the Witch of Destruction, and is on a mission to “save” the world by eradicating it of all human life. Hilda starts by turning Alto’s hometown and its in habitants, but he and his childhood friend Lisette are rescued by the Regnant Knights in the knick of time. They are whisked back safely to the kingdom’s capital where Alto and Listette join the vaunted 9 th Regiment for the sole purpose of recruiting more Witches to stop Hilda’s devastating magic.

– Song Magic – Famous Japanese voice actors sing more than 20 songs in the game. Plus, the soundtrack is composed by Yasunori Mitsuda (Chrono Trigger, Xenogears). The songs are part of Song Magic – a vital combat and story element. Players can even choose to “tune” the Witches’ hearts to increase their abilities.
– Solid Strategy Gameplay – From the team behind the classic Luminous Arc games comes a brand new IP with the same renowned level of strategic combat. Free Time – Players will get an allotment of Free Time where they can upgrade or buy items, tune Witches’ hearts, explore, and grind experience, but that’s in limited supply as Combat Time will drive along the game’s story.
– Forming Bonds – Several Free Time options allow players to deepen relationships with their comrades, even form romances, which can unlock new powers and special events – make sure to use your Free Time accordingly!
– Plenty of Fight – Stella Glow will have 40-60 hours of story and sidequest content, with multiple endings, New Game+ mode, and more than 50 maps to battle on. The world of Stella Glow is rich and vibrant with tons to do!