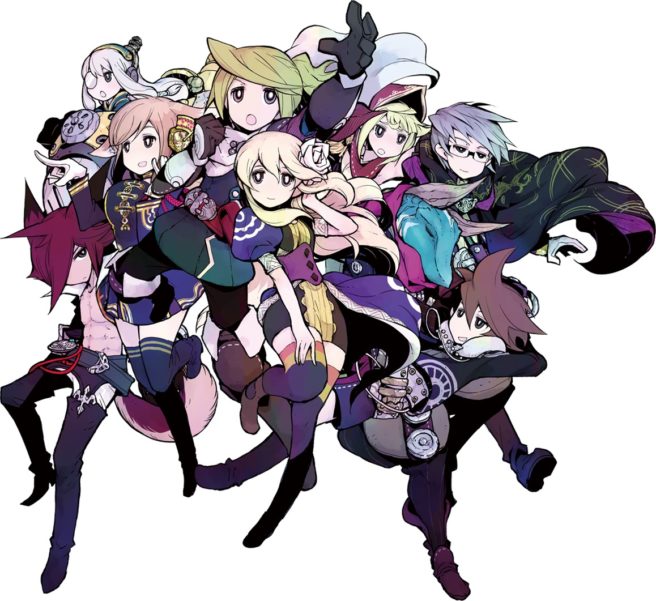 Famitsu’s final issue of 2016 features another big report on The Alliance Alive. This week’s information batch covers various aspects about the game, including weapons, magic, and plenty more.

Our translation of Famitsu’s report is as follows:

The only ark ship in this universe that can go through the Black Current to travel between worlds. Created by an unknown civilization, many features are included. This will become the player’s moving base after it’s obtained, allowing for destinations to be chosen as well as form the party. Famitsu notes that Brionac’s bridge looks like a shrine, and each character will have their own personal room.

A one-man flying machine used by a certain intelligence organization. By flapping its wings during flight, it can execute detailed corrections to its trajectory. The wings can be folded, so it can be carried anywhere.

The Ornithopter cannot simply fly on its own. First of all, players need to find a high place on the world map, then unfold Ornithopter’s wings, and ride to a rising air current to fly. However, the Ornithopter can only glide down to places lower than the launch place.

There are seven weapons available plus Martial Arts. Each character will have two kinds of weapons at the start, but everyone can equip any kind of weapon.

– Axe: Overwhelmingly destructive power, but also very low accuracy
– Sword: Easy to use and versatile; also has variations like short sword and curved sword
– Staff: Low attack, but can use support techniques like lowering enemy stats
– Bow: High attack and easy to launch an early attack, can also launch attack on all enemies; cannot use defensive techniques
– Great Sword: Destructive power which is useful in defense and horde battles, but low accuracy
– Shield: Aimed for Guardians, excels in defense power; can also be used as a weapon while parrying enemy attacks
– Spear: Relatively easy to use, and since it has long reach, it’s easy to launch an early attack; also important for horde battles
– Martial Arts: Attack is not high, but can learn many techniques like stealing enemy stats or avoiding attacks

One of the protagonists, Tiggy, fights with an exclusive Power Suit called Swansong. Swansong has Wind Cannon as a weapon, which can switch between three modes of Precision Shooting, High-Pressure Shooting, and High-Speed Shooting. Each mode has powerful mode-exclusive battle techniques.

There are two kinds of magic here, and both of them use SP.

Seal Magic is mainly used by humans. It can be bought at a certain shop in cities, but requires a specific weapon called the Creation Vessel. These Creation Vessels are mostly Staves, but there are also vessels in other weapon types like sword and spear. The character needs to own a number Creation Vessels in accordance to the amount of Seal Magics they want to use.

There’s also healing magic within the list of Seal Magic. They have low power, but also uses few SP, so their strength is that they can be used repeatedly.

Demon Magic is used by demons and phantoms, who draw the magic on space to activate it. It’s very powerful, but also consumes a lot of SP, so it’s best used in crucial moments.

Demon Magic can be used without the Creation Vessel. The enemy demon Glossa Radan is known for using it quite often.

Each protagonist has some talents marked as Qualifications. These can also be obtained by using Talent points obtained from battle rewards. There are many kinds of Qualifications, such as making it easier to trigger Awakening with certain weapons or magic, reducing SP consumption, and making it harder to be detected by enemies on the map.

Qualification for a weapon type will only apply when using that weapon type. It is recommended to focus giving qualifications for one or two weapon types for each characters.