Toki Tori 3D out in all territories on November 5 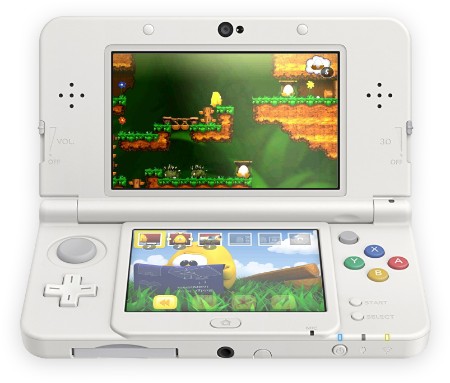 It was previously revealed through an eShop listing that Toki Tori 3D would be hitting Europe on November 5. Two Tribes has now confirmed this, and has also said that the game will be out in all regions on the same day – including North America. Pricing is set at $1.99 / €1.99.

Two Tribes also sent along an overview of Toki Tori 3D, which features new content. Head past the break to read it in full.

The gameplay in Toki Tori is a blend of two genres. While it looks like a platform game, it’s a puzzle game at heart. To progress through the game, players will have to look and plan ahead carefully while using items such as the Telewarp, Freeze-o-Matic and InstantRock™. Additional tools are gradually introduced as the player progresses through the game’s 80+ levels covering four unique worlds.