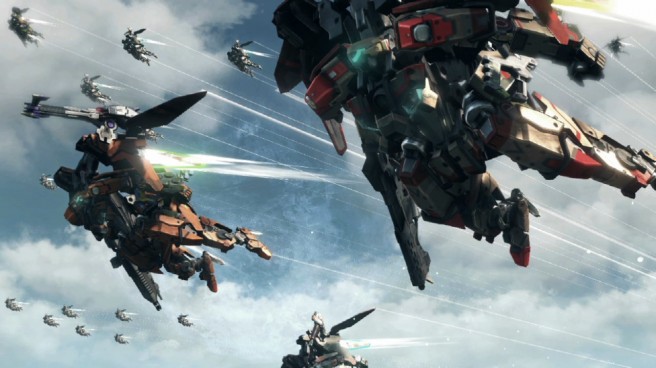 Famitsu has a big update on Xenoblade Chronicles X this week. There’s a total of ten pages dedicated to the game, including an interview with director Tetsuya Takahashi.

The following information has leaked out of Famitsu thus far:

– Mira is 400km^2, which is 5 times the size of Xenoblade’s world
– Takahashi’s final check play time was over 300 hours
– “Union” Sound; something like factions for quests
– There are 8 of them, and you can join any of them, and change them depending on your goal
– PATH FINDER, COLEPEDIAN, INTER CEPTOR, LAND BANK, AVALANCE, ARMS, TESTAMENT, COMPANION
– Nagi (Takayuki Sugou): Former Captain of the White Whale and current Military Chief in the Autonomous Government of New Los Angeles
– Guin (Yuichi Nakamura): Worked in the same division as Elma and Irina on Earth; was their subordinate
– Many options for player avatar customization
– Kunihiko Tanaka did the preset avatar designs
– Some famous voices actors providing their voice as options for the avatar, will be announced on the Xenoblade homepage later
– GamePad shows character locations, quest locations
– Warp to previously visited areas on the GamePad
– The use of ‘X [Cross]’ has implications for the online functionality
– Not a standard online game, more ‘loosely connected’
– About 90 songs in the game
– Xenoblade had 1 vocal song at the end, but Xenoblade X has many vocal songs (many for an RPG)
– Sawano involved in all aspects of music
– Battles are faster paced, more-actiony than Xenobalde
– Differentiates close and distant attacks
– No healers
– Healing done with new system called ‘Soul Voice’
– 4-player party
– You control 1 character, the AI controls the rest
– More unique monsters and equipment than Xenoblade
– Xenoblade was a traditional RPG, whereas Xenoblade X is an open world RPG
– Xenoblade was linear despite having big world
– Xenoblade X you will get quests from different places and have more freedom