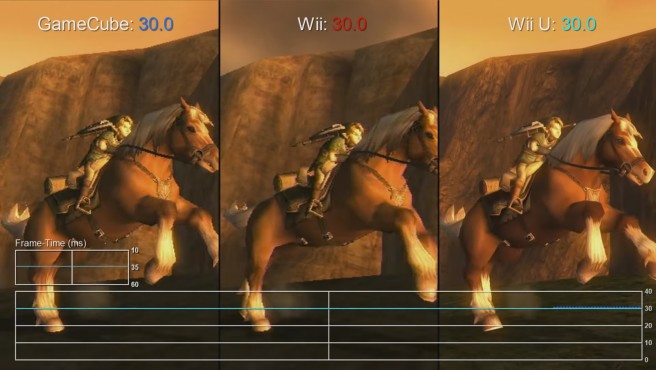 Digital Foundry has conducted another technical analysis on The Legend of Zelda: Twilight Princess. In the video below, you can see how all three versions of the game stack up from a frame rate standpoint.

Digital Foundry says that Twilight Princess HD does see the rare frame rate drop. In Faron Woods for example, the game is usually running at 25 FPS due to the alpha transparency effect used for the fog. In the end though, the frame rate is mostly steady, and the publication says it’s “more evenly optimized experience than 2013’s Wind Waker HD, where navigating the seas could see more worrying drops to 20fps.”