2019 was the best year yet for Pokemon GO revenue 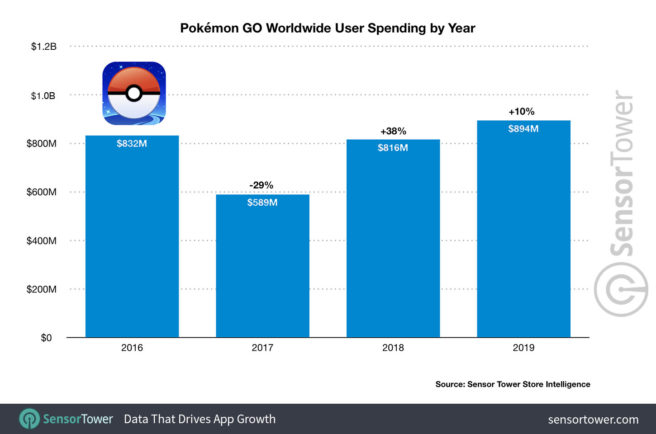 Pokemon GO has been around since 2016, but it turns out that 2019 was the mobile game’s best year yet. It earned $894 million in gross player spending, which is more than the $832 million made during the launch year.

Below are some additional details from Sensor Tower: