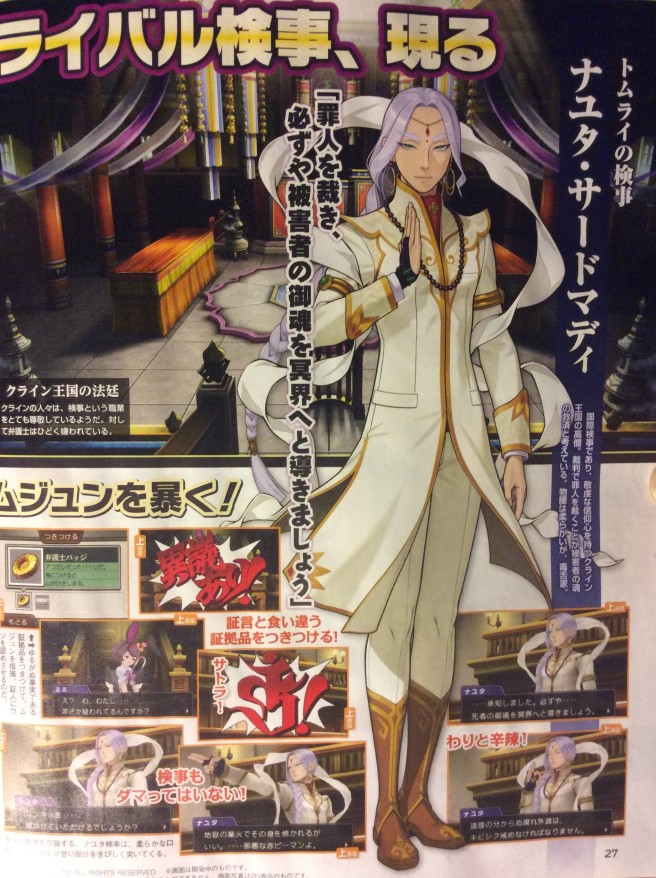 Some of the most memorable characters from the Ace Attorney franchise have been the prosecutors that face off against Phoenix, Apollo and co. in court. Via some early Famitsu scans, we now know who the rival prosecutor in the upcoming Ace Attorney 6 will be. The character’s gender, by the way, is not 100% clear at the moment. Both the text and the picture are somewhat ambiguous. The folks over at Court-Records have also provided the following translated tidbit from Famitsu:

The Funeral Prosecutor – Nayuta Samadhi
International prosecutor and an eminent monk in the Kingdom of Kurain with a devout belief in [her] religion. She believes that convicting the guilty in court means salvation for their victims. Has a soft demeanor, but has a sharp tongue.
“Let’s judge upon the guilty and guide the spirits of their victims to the afterlife”