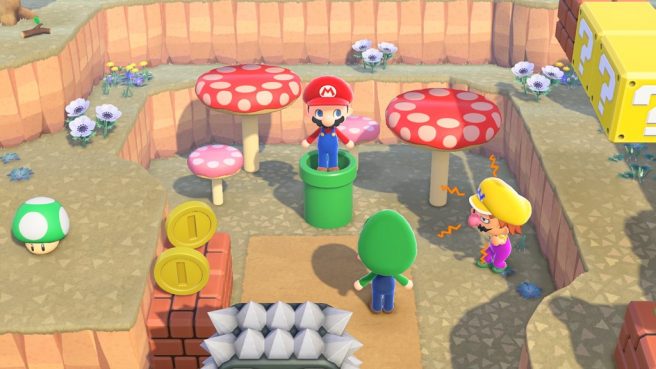 There’s a new update for Animal Crossing: New Horizons, with all players now having access to version 1.8.0.

Mario items are the highlight of the update, though they can’t be accessed until March 1. The lineup includes the Super Mushroom, “?” Block, and more. We also can’t forget about Warp Pipes that let players easily travel between them.

There are other elements to today’s update as well like upcoming holidays. You’ll also get the mushroom mural in your in-game mailbox after installing the patch.