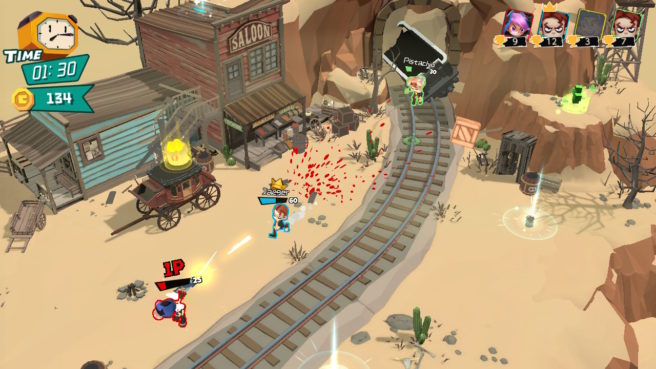 Coconut Island Games will bring its battle arena brawler Rascal Fight to Switch next month, according an eShop listing. The store page has a release date of April 2.

Here’s an overview of Rascal Fight, along with a trailer:

Up to 4 players may play together on the same computer. In our game, you can trapeze on walls, use weapons from all over the world, and pick up different guns and rifles. We’ve also loaded it with such entertaining weapons as baseball bats, fly swatters and more! Each will bring its own unique feel to the game. There are tons of items to pick up, and you can use a range of traps and cannons for hilarious effects! Only your imagination sets the limit for how to deal with your opponents!