Beyond a Steel Sky Switch gameplay 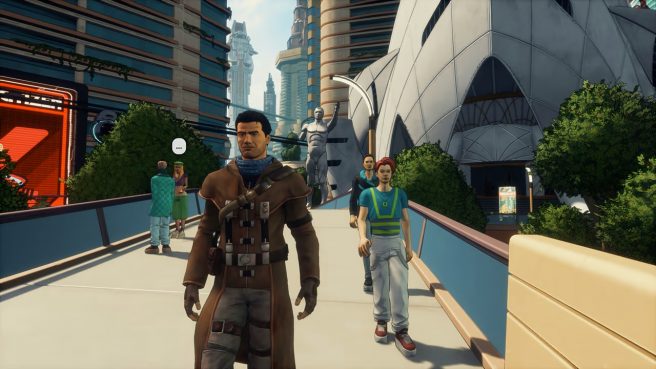 Gameplay has started to come in for Beyond a Steel Sky, the 3D adventure thriller and sequel to the cult classic Beneath a Steel Sky. We have 45 minutes of footage.

For more on Beyond a Steel Sky, read the following overview:

“From Charles Cecil, creator of the Broken Sword series, with art direction by Dave Gibbons, legendary comic book artist behind ‘Watchmen’, comes ‘Beyond a Steel Sky’, the long awaited sequel to the cult classic ‘Beneath a Steel Sky’.

You are Robert Foster. A child has been abducted in a brutal attack. You have vowed to bring him home. But the trail has led you from your community of desert wasteland dwellers, to Union City, one of the last remaining mega-cities in a world ravaged by shattering wars, and political meltdown.

Fortified and impenetrable, it is a utopia in which people live happily under the surveillance and control of a benign AI. But all is far from what it seems…

Have a look at the gameplay for Beyond a Steel Sky on Switch below.

Beyond a Steel Sky Switch launches digitally for Switch in North America on December 7 and physically on December 14. It’s out now digitally in the UK with the physical release set for December 7.

Access the official site for Beyond a Steel Sky here.