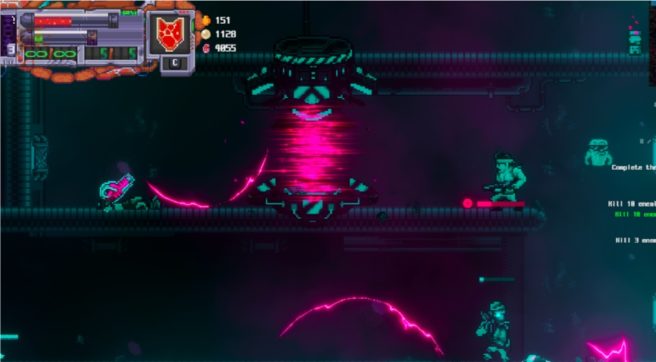 Bite the Bullet, a roguelite RPG shooter, is planned for an August 13 release on Switch. After the game’s launch, a major new mode will be introduced.

As part of Synthwave Mode, players will be able to experience Bite the Bullet in synthwave colors while listening to music from several artists, including Waveshaper, Night Runner, Retröxx and Magic Sword. It’ll feature neo-synth electronic visual and camera effects when the synth bio-implant is equipped as well as Hidden Synth Deity NPC that are accessible through square-wave teleporters.

Here’s a trailer for the new mode: