Bloodstained: Ritual of the Night update out now (version 1.20), trailer 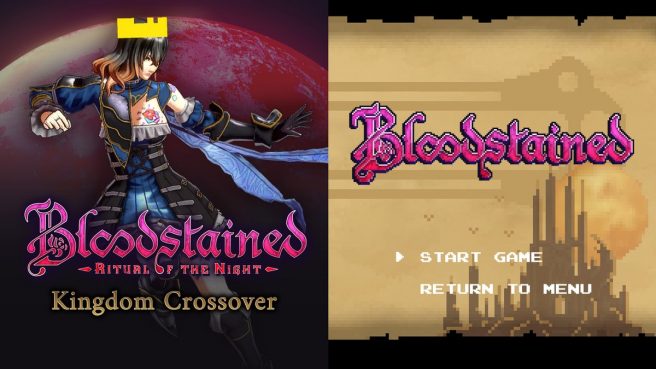 Bloodstained: Ritual of the Night has been updated to version 1.20 on Switch, bringing along two major additions. Players can now access Classic Mode as well as a crossover with Kingdom Two Crowns.

Classic Mode: Announced during Bloodstained’s Kickstarter campaign, Classic Mode sends Miriam into an 8-bit aesthetic world armed only with a Sword-whip. Miriam must once again enter the demonic castle to confront Gebel and survive five harrowing stages and five sub-bosses that stand in her way. Upon finishing Classic Mode, players are graded on time, score and number of deaths across three difficulty modes – be sure to efficiently use Miriam’s special moves including slide, backstep and backflip. Users can activate Classic Mode from the EXTRA MODES option on the main menu screen.

Kingdom Crossover: Publishers Raw Fury and 505 Games partnered last year by transporting Bloodstained: Ritual of the Night’s beloved characters – Miriam, Zangetsu, Gebel and Alfred – to Kingdom: Two Crowns. Both publishers are teaming up again, but this time, bringing the world of Kingdom: Two Crowns into Bloodstained. The aptly named Kingdom Crossover content includes a new area that captures the beautiful, modern pixel art aesthetic of Kingdom. Players will encounter a new boss, the Archer Familiar Shard and can find a new piece of equipment: the Crown Head Gear, which reduces damage at the cost of gold.

View a trailer showing off Bloodstained: Ritual of the Night version 1.20 below.