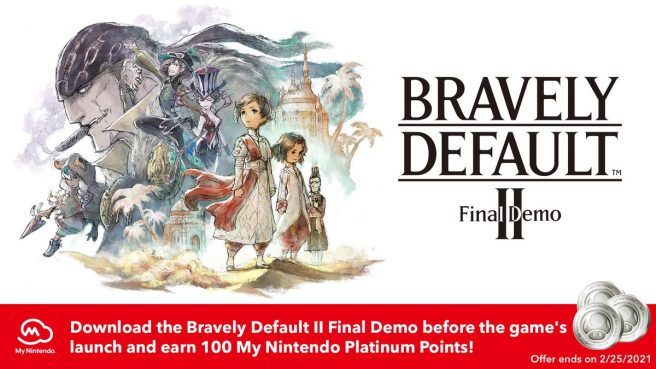 Bravely Default II won’t be out until the end of February, but the game has just received a new demo. Titled “Bravely Default II Final Demo”, it offers a taste of the game’s first main chapter. Those who download it can receive 100 Platinum Points on My Nintendo.

Bravely Default II launches for Switch on February 26, 2021. You can download the demo from the eShop or from Nintendo’s website here.