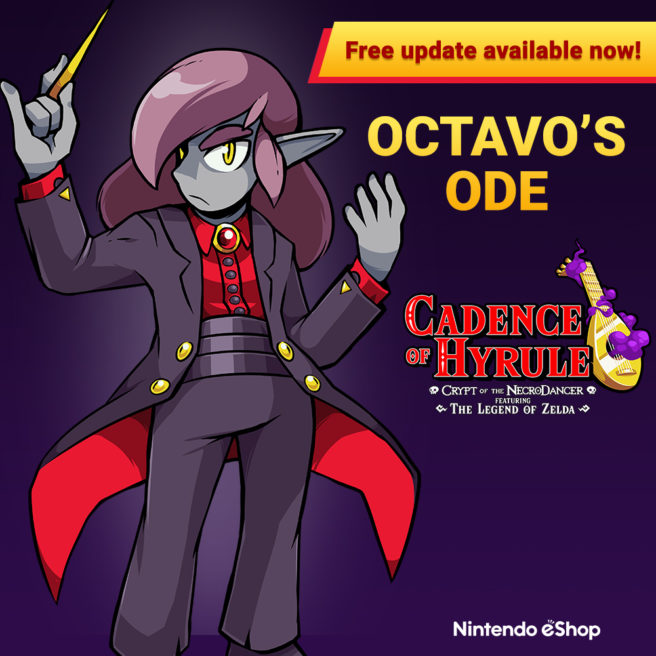 Update: We have more information on what’s new, and have included it below.

Original: Nintendo has announced that a new update has gone live for Cadence of Hyrule. Once installed, players can access “Octavo’s Ode”, a new storyline based on the antagonist.

Unfortunately, Nintendo didn’t elaborate further with any additional details. We’ll have more coverage on the site when more information and videos surface.

Dungeon Mode: test your mettle in this challenging new mode where you’ll face the toughest foes!