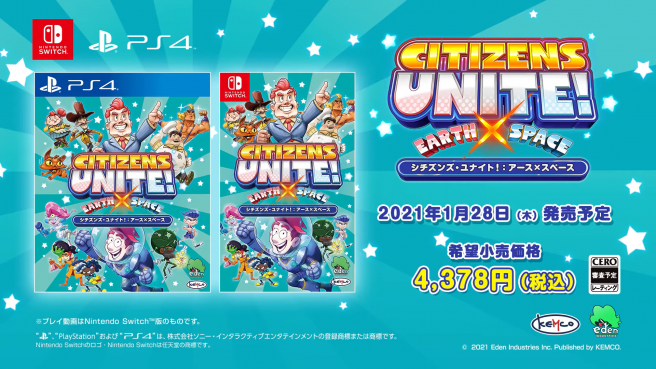 The combo pack that combines the two RPGs Citizens of Earth and Citizens of Space has received a new trailer. This trailer for Citizens Unite!: Earth x Space shows off gameplay from the two games, some of it from the new content exclusive to this game pack.

For those that missed the announcement, it was revealed at the Tokyo Game Show that both RPGs Citizens of Earth and Citizens of Space (which are already on Switch) are being re-released on the system in a combo pack with new content. This will have English support, a physical edition (which will be 4,378 yen), and will launch on January 28, 2021.

Feel free to check out the trailer below.