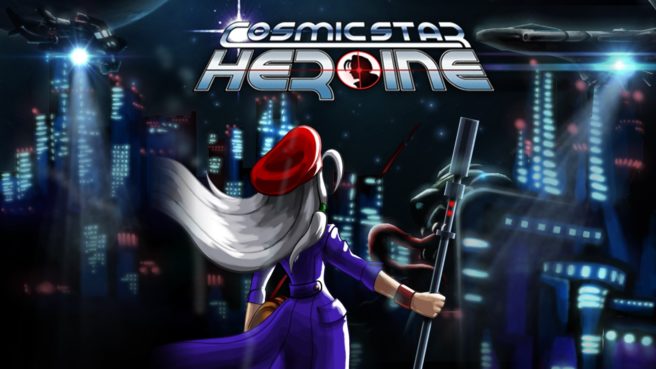 Earlier this month, Cosmic Star Heroine debuted on Switch. Developer Zeboyd Games shared some information yesterday about the game has been performing on the eShop.

As of August 22, the Switch version was “tracking a bit under what Steam did in a similar time.” Despite not being “a big hit,” given that it’s a port, “the extra sales is appreciated.”

Zeboyd did provide some extra information beyond that. Visibility issues were cited, and there were apparently some problems with the eShop listing as well.

Here’s the full explanation from Zeboyd:

We got an okay number of reviews, but yeah, we couldn’t get Nintendo to mention the game anywhere. Real shame since even a retweet from Nintendo probably would have given us a big boost in visibility. I get that it was just a port, but after spending months getting stonewalled by Nintendo when we were trying to get permission to release on Switch, going “fine, we’ll play by your rules” and getting a publisher so we could get approved, and still getting ignored by Nintendo when the game was done and set to release is highly frustrating. It’s a good game and I daresay a good percent of those million+ people who bought Octopath Traveler would like our game if they knew it existed. We couldn’t even get somebody to fix our store page before launch (which never indicated that the game had a preorder/early purchase sale and until just recently, didn’t even have our trailer on it) and the page went up about a month before launch so there was plenty of time.

Preorders + 1st week of sales on Switch were maybe 2/3rds the 1st week on PC or PS4 (which both sold about the same). There was a rapid drop-off on PC/PS4 after week 1 so if Switch somehow avoids that, that’d be nice and would help the sales to maybe reach the other platforms. Unless something surprising happens, it looks like Switch sales for the first month will be in the 4-digits. And unless we bundle the game or do deep discounts later, I’m not expecting total sales on all platforms combined (PC, PS4, Vita, Switch, XBO, and physical) to reach 100k.