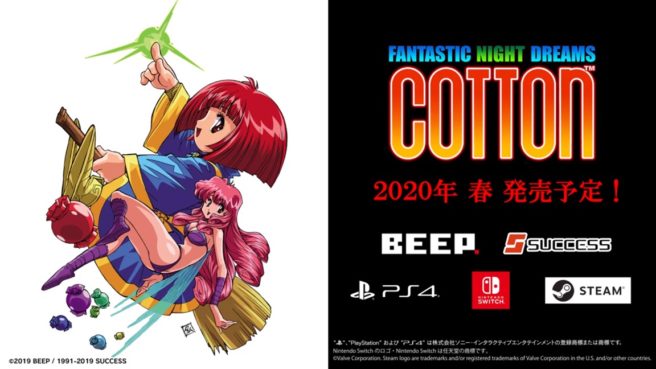 Weekly Famitsu has revealed that Cotton Reboot! will be arriving on Switch in late February in Japan. Originally slated for a 2020 release, this game is brushed up from the original arcade release and includes the original title and a new “Arrange Mode.” This new mode will allow players to use the new enemy-sweeping “Split Shot” and score-boosting “Jewel Fever.” The game also includes an Easy Mode for new players, and a Veteran Mode for those already familiar with the game’s mechanics. New visual scenes are also included by artist Hideki Tamura. As a refresher, you can take a look at last year’s trailer to get a better idea of how the game plays: