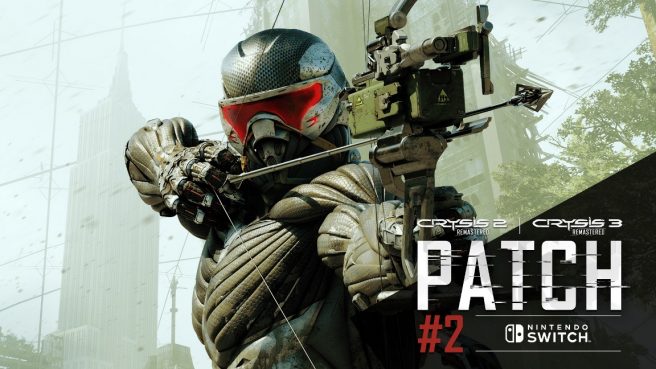 Crysis 2 and Crysis 3 Remastered have both received new updates, with the pair of first-person shooters now at version 1.2.0 on Switch. The games have been given several improvements, fixes, and more.

Below are the full patch notes for the Crysis 2 Remastered and Crysis 3 Remastered Switch updates straight from Crytek:

According to Crytek, a patch is also planned for the first Crysis Remastered on Switch. We’ll bring you the full details on that when available, and we’ll give you a heads up when it goes live.