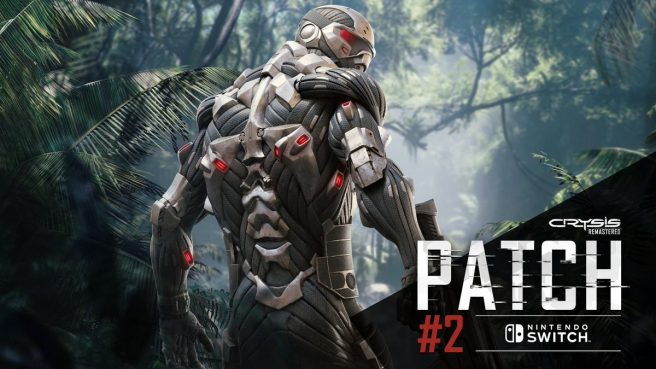 Just a short while ago, the original Crysis Remastered received its latest update on Switch. Crytek has implemented some technical improvements as well as support for new language options.

Below are the full patch notes for today’s Crysis Remastered update as published by Crytek:

Crytek has been consistently supporting the Crysis Remastered games on Switch with various patches since launch. Today’s update comes more than a year after release as the first-person shooter first appeared on the console in July 2020.

For owners of Crysis 2 Remastered and Crysis 3 Remastered, don’t forget that they have new updates as well. Version 1.2.0 went live earlier this month with a bunch of improvements and fixes. In case you missed it, we have the full patch notes here.