Cuphead physical release to include The Delicious Last Course 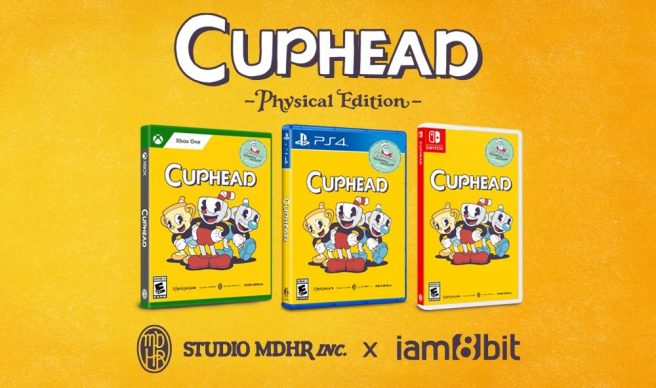 Studio MDHR is continuing to slowly share details about the physical release of Cuphead on Switch, and we now know that The Delicious Last Course DLC will be included. We also have a look at the boxart above.

Cuphead was confirmed for physical release back in 2019, but Studio MDHR was waiting to wrap up The Delicious Last Course before turning its attention to the boxed version. The developer also reconfirmed to us this summer that the physical edition was still in the cards.

Here’s some information about Cuphead:

Cuphead is a classic run and gun action game heavily focused on boss battles. Inspired by cartoons of the 1930s, the visuals and audio are painstakingly created with the same techniques of the era: traditional hand drawn cel animation, watercolor backgrounds, and original jazz recordings.

Play as Cuphead or Mugman (in single player or local co-op) as you traverse strange worlds, acquire new weapons, learn powerful super moves, and discover hidden secrets while you try to pay your debt back to the devil!

iam8bit will be involved with the distribution of the Cuphead physical release. There’s still no word on release timing, however.