CyberConnect2 on the possibility of remaking Solatorobo 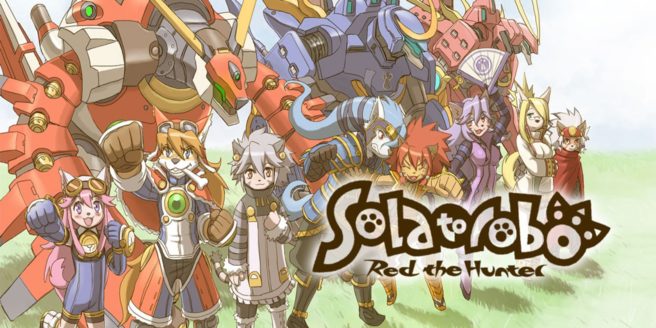 Some gamers may remember Solatorobo: Red the Hunter. The cult classic action-RPG was made by CyberConnect2, and released on DS about a decade ago. It was a part of the studio’s Little Tail Bronx series.

During a fan Q&A a little while back, CyberConnect2 boss Hiroshi Matsuyama addressed the possibility of a remake. Here’s what he had to say about the subject:

“Of course, the possibility is there. As you know, Solaroboto was a game exclusively released on Nintendo DS. You all remember, right? Nintendo DS had two screens. The top screen was the play screen and the bottom one a touch panel.

On the operational side of things, it will be quite hard to port the game without a hardware that supports this system. It is possible to rebuild the touch panel system of Solatorobo, and integrate the bottom screen into a single screen, but would call for a complete remake. I feel that this would bring its own set of difficulties.

Solatorobo was released in Japan, the US, Europe and Asia in 2010, published by Bandai Namco (in Japan and Europe), but in terms of sales, it was not extraordinarily high. We sold about 100,000 copies worldwide. Based on that, if we remastered or remade the game, how many copies can we expect to sell? How much budget should we be allocating to the development for these projected sales? If we just did a simple port and just distributed it as a downloadable version, it would lose quite a bit of the original intended experience.

I personally think that, not only for our title Solatorobo, but also for a lot of other games that were made for the Nintendo DS and 3DS, a lot of us would like to re-release, whether just a downloadable version, an HD remastered version of these games, so that our current customers could play with our past properties, but at this time, I don’t think the industry is aiming for that goal yet. If we were to remake Solatorobo, we would start over from scratch.”

While CyberConnect2 isn’t currently doing anything with Solatorobo, the company is still involved with the Little Tail Bronx. Fuga: Melodies of Steel, a strategy simulation RPG, comes to Switch in early 2020.